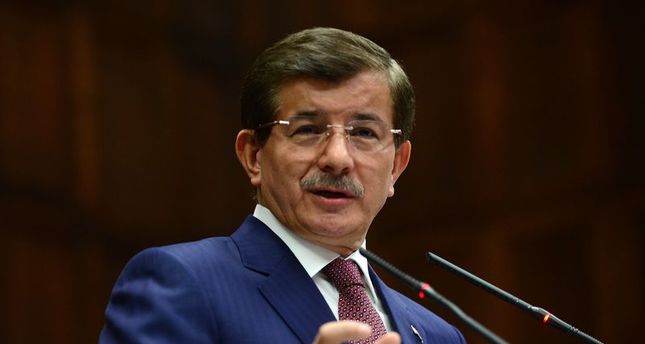 by AA Oct 23, 2014 12:00 am
Prime Minister Ahmet Davutoğlu said Wednesday the reconciliation process with the outlawed Kurdish Workers' Party, or the PKK, could make progress towards a roadmap "within months" if all sides played their part.

Davutoğlu made the remarks in an interview with the Al-Jazeera Arabic TV channel. Turkey's reconciliation or settlement process refers to the Turkish government's efforts launched early last year to secure an end to the decades-long conflict with the terrorist group PKK, which has claimed the lives of more than 40,000 people.

He added the government would like to conclude the process at the earliest.

"What is important is to keep the schedule of the process properly working without any ethnic conflicts in Turkey," he said.

Davutoğlu said the Turkish government was taking all steps necessary to conclude the process and was resolute to take more steps, if need be. But, he added, that all sides must demonstrate the same level of commitment.

"It is essential for us to see that other stakeholders also take the same steps with similar a commitment to ensure a healthy process," he added.

The prime minister emphasized all sides must agree on the need to preserve the public order and stability in Turkey.

"We were thinking that we could have brought the reconciliation process to a conclusion earlier if it weren't for the recent developments in Syria and Iraq," he said.

He emphasized on the government's determination to complete the process as soon as possible.

Turkey's two southern neighbors, Iraq and Syria, have been under attack by the ISIS group, which is said to have seized large swathes of territory in Iraq and Syria.

The protesters took to streets across Turkey, under the pretext that the Turkish government was allegedly doing nothing to halt the advance of extremists pouring into Kobani. The protests left at least 36 people and two policemen dead along with scores of vehicles, state buildings, party offices and shops damaged.