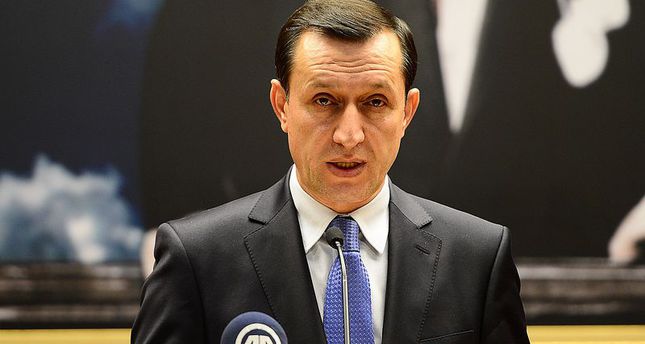 by Daily Sabah with Agencies Oct 23, 2014 12:00 am
Turkey's special envoy for Libya, Emrullah İşler, believes that the crisis in Libya can be overcome through national dialogue and deliberation. Addressing the media after his two-day visit to Libya, İşler called for an end to violence in the country.

İşler's visit to Tripoli comes after Libya's internationally recognized government fled to the country's far east because of fears for their safety.

The talks between İşler and self-declared leader Omar al-Hassi took place Tuesday at government headquarters in the capital, Hassi's cabinet said on its website without giving details.

It was the first reported meeting between a foreign envoy and Hassi, who was named to head a rival cabinet after the Fajr Libya coalition of militias seized control of the capital at the end of August after weeks of clashes with pro-government forces.

Libya has been dogged by political instability since the 2011 ouster and death of strongman Moammar Gadhafi. Since then rival militias have frequently locked horns, bringing violence to Libya's main cities.

"The international community should examine the situation in Libya carefully," İşler said. "A foreign approach to the issue is intolerable."

İşler also said there will be direct Turkish Airlines flights to Libya's northwestern city of Misrata as of Oct. 26.

The sharp political divisions in Libya have yielded two rival seats of government, each of which has its own set of institutions.

The two assemblies are currently vying for legislative authority: the recently-elected House of Representatives, which convenes in Tobruk, and the General National Congress, which even though its mandate ended in August, continues to convene in the country's capital, Tripoli. The two parliaments support two different governments headquartered in the two respective cities.