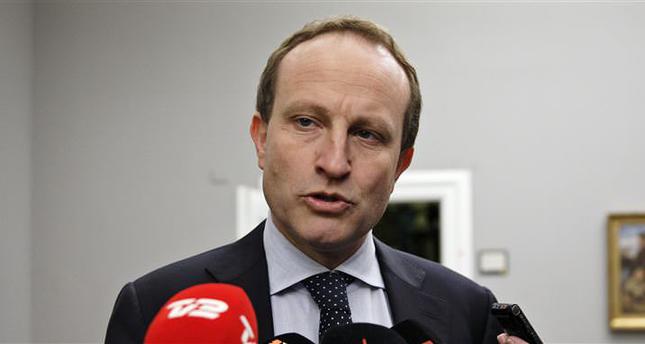 by Daily Sabah with AA Oct 25, 2014 12:00 am
Danish politicians have called for the suspension of Turkey's EU accession bid as questions continue to be asked over the release of a suspect wanted in connection with an assassination attempt on Danish right-wing writer Lars Hedegaard.

The comments came after Denmark's Foreign Affairs Committee met Thursday for the second time in Copenhagen to discuss the release in Turkey of 27-year-old Basil Hassan, a Danish citizen of Lebanese origin wanted in connection with the attempted shooting of newspaper columnist and Islam critic Hedegaard in Copenhagen in February 2013. Danish Foreign Minister Martin Lidegaard said after the meeting: "We discussed the legal system in Turkey and expressed our hesitations and doubts on Turkey's EU membership."

However, despite calls to suspend Turkey's EU accession bid, Danish Prime Minister Helle Thorning-Schmidt had reportedly ruled out taking the subject to the European Parliament but added that Turkey should be held accountable on the case.Mette Gjerskov, leader of the Social Democratic Party, said: "Danish soldiers serving in NATO in Turkey should be withdrawn immediately and European Union relations with Turkey should be suspended."According to Danish police, Hassan fled Denmark on the day of the attempted shooting and spent time in Syria before being arrested in Istanbul's Atatürk Airport while trying to enter Turkey using a fake passport in April. Turkish Foreign Ministry spokesman Tanju Bilgiç said in a written statement on Wednesday: "The decision to release the suspect was taken by a judicial authority during a judicial process. He underlined it was "not a preference of the executive authorities." Bilgiç added that an extradition process had been launched following Hassan's arrest and he was subsequently put in jail.