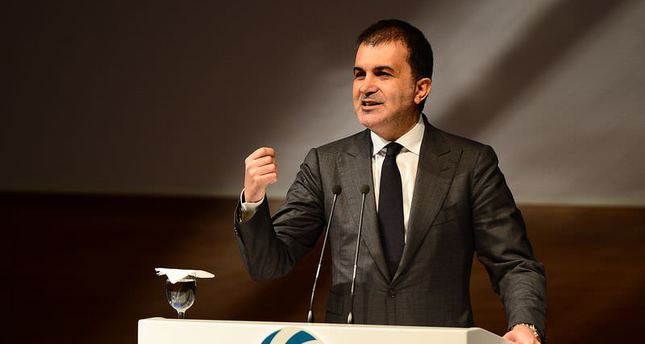 by AA Oct 25, 2014 12:00 am
The Turkish Ministry of Culture and Tourism is continuing its policy of preventing the entry of Syrian cultural heritage into Turkey, Minister Ömer Çelik said on Saturday.

Çelik released a statement which said all collectors and state and private museums were in touch with the relevant security unit if some historical artifacts of suspected Syrian origin came into their possession.

The smuggling of Syrian cultural objects across Turkish borders has grown exponentially since the start of the civil war, but the government is making the necessary efforts to put an end to smuggling taking place across its borders and within its territories, he added.

Çelik stressed that despite the hard and worrisome circumstances, the Ministry of Customs and Trade, Ministry of Interior, General Directorate of Security and Gendarmerie General Command are carrying out their responsibilities.

These departments, he continued, rely on the persistence of their devoted employees to defend Syria's cultural heritage.

"Our judicial authority is sensitively carrying out the necessary work on this issue, along with other relevant measures. Legal proceedings have been initiated with regards to some artifacts believed to be of Syrian origin," he added.

Syria has been gripped by civil war since early 2011. More than 191,000 people have been killed in the conflict to date, according to the UN.