Turkey has yet to announce date of Peshmerga passage to Kobani 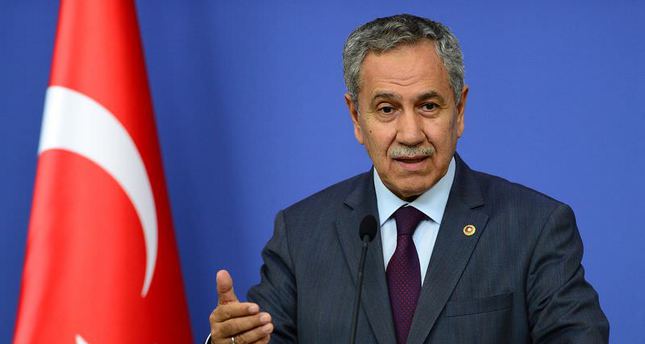 by Daily Sabah Oct 27, 2014 12:00 am
"Turkey is not considering taking military action in Kobani. Kurdish forces in Kobani are not demanding that either," Deputy Prime Minister Bülent Arınç said answering a question about Turkey's part in the Kobani battle.

Speaking to reporters on Monday following a cabinet meeting, Arınç said, "Turkey has good relations with the Kurdish Regional Government (KRG), their Peshmerga forces are allowed to pass through Turkey into Kobani but we cannot inform you about the exact date of passage."

Answering a question whether the recent pro-PKK protests would jeopardize Turkey's on going reconciliation process Arınç said, "Turkey's reconciliation process is not an alternative to public order, maintaining the public order is essential for Turkey, we cannot tolerate incidents that happened during the protests" Arınç was referring to the pro-PKK protests which have killed 34 people in Turkey in recent weeks.

"The Turkish government insists on the process, we will not be the side who ends it," he added.