Peshmerga to be airlifted to Turkey to cross the border 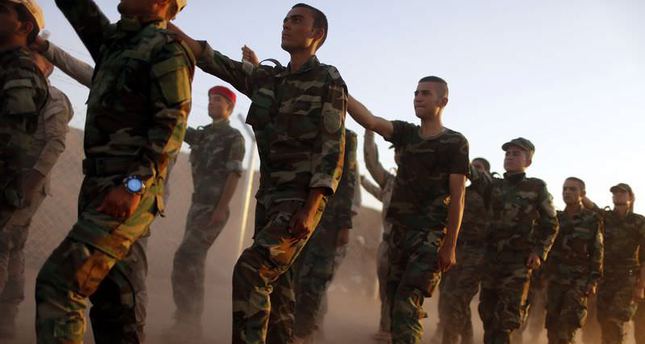 by AA Oct 28, 2014 12:00 am
Peshmerga forces, the Kurdish Regional Government's militia in Iraq, will be airlifted to Turkey and then cross the border to enter the besieged Syrian town of Kobani to fight ISIS militants, a Kurdish official said.

"Peshmerga forces have two ways to reach Kobani: by air and by land," Halgurt Hikmet, spokesman for the Ministry for Peshemerga Affairs, told the Anadolu Agency on Tuesday.

The spokesman said long negotiations were held as to the route for transportation of heavy arms via ground, and that all plans and programs were completed for the crossing of the border.

"All preparations are complete and the peshmerga will leave as soon as possible to help defend Kobani," Hikmet said.

Several Kurdish sources who spoke to the Anadolu Agency, on condition of anonymity, said Peshmerga forces would fly from the capital of northern Iraq, Erbil, to the southeastern province of Şanlıurfa and then cross over into Kobani.

Kobani, also known as Ayn al-Arab, has witnessed fierce clashes between self-proclaimed Islamic State of Iraq and Sham (ISIS) militants and armed Kurdish groups since mid-September as well as airstrikes by a U.S.-led coalition since early August.

Hikmet also praised the Turkish government for its efforts which he said would provide secure and problem-free access to the town. "Turkey helped us too much," he added.

The regional government's parliament unanimously voted on Wednesday last week to send peshmerga forces via Turkey to the besieged Syrian town of Kobani to fight against ISIS militants.

The town is currently being defended by the People's Protection Units, the armed wing of the Democratic Union Party, which is listed by Turkey as a terrorist group.

The vote at the regional parliament came two days after Turkey said it would help peshmerga forces access Kobani through Turkish territory.