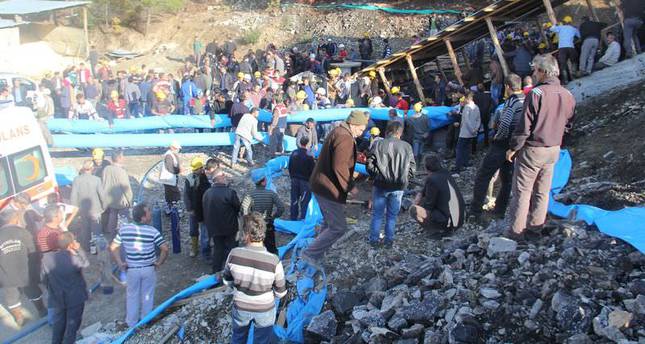 by Daily Sabah Oct 29, 2014 12:00 am
President Recep Tayyip Erdoğan announced on Wednesday that the Presidential Reception, planned to take place this evening to commemorate the 91st anniversary of the Turkish Republic, has been cancelled following the mining accident which took place on Tuesday. 18 miners still remain trapped inside a collapsed mine in the southern province of Karaman as a result of the accident.

The President issued a statement saying that he will head to the scene of the accident in Karaman shortly. Prime Minister Ahmet Davutoğlu is also heading to the scene to carry out inspections.
Last Update: Oct 29, 2014 11:45 am
RELATED TOPICS