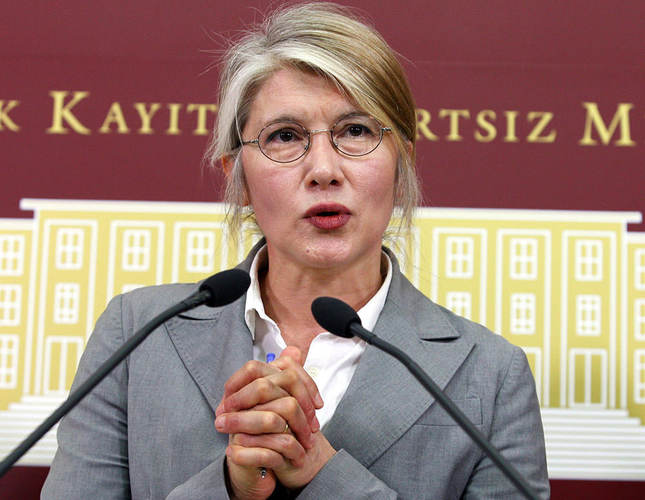 Tarhan released a bitter press statement regarding her resignation in which she blamed the CHP's administration for their "wrong and weak policies," which she claims are not representative of the people's sentiments and were not made with winning elections in mind.

Tarhan primarily targeted the CHP administration for its passive stance against the government's foreign policy, terror and labor issues, while criticizing the CHP's attitude toward the opposition within the party.

Tarhan's statement reads, "I resign from the CHP after the extraordinary party assembly was turned into a competition to gain seats and the disregarding of my call to draw a serious road map, not learning from mistakes made in the presidential elections [on Aug. 10]."

She further asserted that the CHP made irresponsible calls during a critical period that saw terrorist activities shake Turkey and that the party had vague policies and incoherent discourses concerning the Oct. 2 mandate.

Tarhan was a former judge on Turkey's High Court of Appeals and was one of the founders and former chairpersons of the Judges' and Prosecutors' Association (YARSAV) from 2009 to 2011.

Known as a staunch opponent of the AK Party's policies, both when serving as a judge and as a deputy, Tarhan was one of the most prominent figures of the opposition within the CHP, a neo-nationalist party of the left, or Ulusalcılar in Turkish.
Last Update: Oct 31, 2014 5:59 pm
RELATED TOPICS