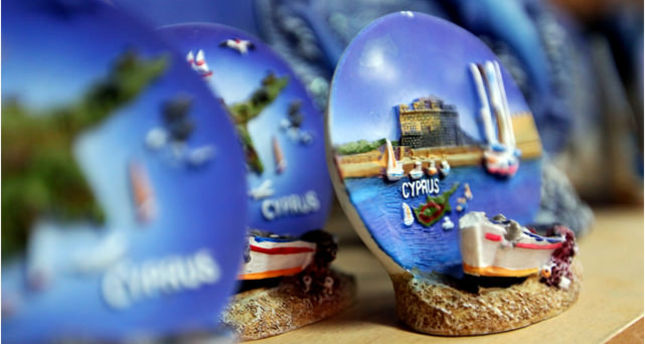 by Daily Sabah with Agencies Oct 31, 2014 12:00 am
Sotos A. Liasides, the ambassador of the Greek Cypriot administration in Cairo, has said that a Wednesday meeting in Nicosia between his foreign minister and those of Egypt and Greece was not aimed at forming an alliance against Turkey.

He said the meeting had only focused on regional and international issues, including the situation in the Palestinian territories, Iraq and Libya. Liasides said that the Nicosia meeting had also tackled means of promoting regional cooperation.

Commenting on local media reports that a tripartite alliance was in the making against Ankara, Liasides insisted the meeting was not aimed against Turkey – which, he said, was welcome to join – but rather to make the region more secure.

The diplomat said they were seeking to bolster relations with Egypt – which Turkey labels as a coup regime – adding that the Nicosia meeting signified a new era of cooperation.

Earlier in the day, Egyptian Foreign Minister Sameh Shoukri met in Nicosia with Greek counterpart Evangelos Venizelos and Ioannis Kasoulides, the foreign minister of the Greek Cypriot administration, to discuss issues of mutual concern, including energy, tourism and trade relations. They were expected to meet later with Nicos Anastasiades, leader of the Greek Cypriot administration.

The Nicosia meeting came as part of a series of ministerial meetings, the last of which was held in New York on Sept. 27 on the sidelines of the U.N. General Assembly. Following the meeting, the three foreign ministers issued a joint statement in which they voiced support for the Egyptian people's aspirations for development, prosperity and democracy. The statement also expressed support for Egypt's ongoing fight against "terrorism." Anastasiades and the presidents of Egypt and Greece are scheduled to meet in Cairo on Nov. 8. Turkey has recently rejected Greek accusations of sea law violations in the waters around Cyprus. "Greece's logic is wrong and Greece is undermining the Cyprus peace talks," Turkish Foreign Ministry spokesman Tanju Bilgiç said in a statement. Greece claimed that their stance on Cypriot peace talks have been the subject of "misperception," the statement said.