We will continue reconciliation despite provocations, says PM 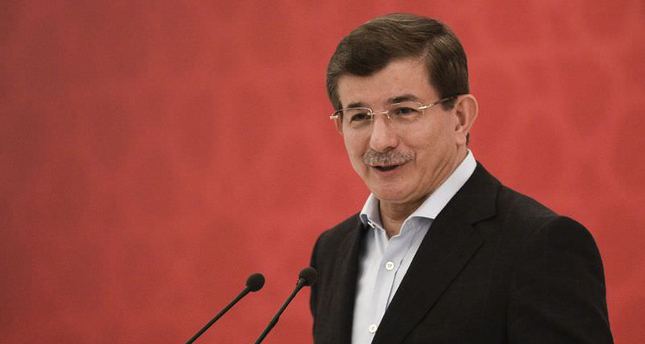 The government began the reconciliation process and has the will to bring it to a successful conclusion, says Prime Minister Davutoğlu

Prime Minister Ahmet Davutoğlu said that the reconciliation process between Ankara and Kurds that began with the government's initiative will continue until Ankara successfully concludes it. Davutoğlu was quoted as saying, "We will make the [reconciliation] process end successfully despite all the smear campaigns and provocations."

The reconciliation process between Ankara and the Kurds that began with Justice and Development Party (AK Party) initiatives met recent allegations that the process is deadlocked due to the latest provocations and assassinations by PKK militants in the southeast of the country, but government figures are constantly voicing their determination to continue the process.

Shedding light on Ankara's determination and firm stance on the process, in an interview with the magazine Türkiye Bülteni, Davutoğlu said that the process is not only significant to Turkey but also to the entire region, referring to the latest regional troubles stemming from the Islamic State of Iraq and al-Sham (ISIS) advance and siege of the Kurdish town of Kobani in Syria.

"The reconciliation process is the name of a 'will' supported by social segments and shaped by legal framework," Davutoğlu said, stressing that the government's will to positively finalize the process is strong.

The reconciliation process was believed to be in the home stretch following statements in October by government officials and the People's Democratic Party (HDP), which said that the process would reach a conclusion in months, but killings and sabotage by the PKK came under harsh criticism and there are now allegations that the negotiations in the process have been marred due to the deadly attacks.

In early October, the HDP called for street demonstrations that led to hundreds of PKK supporters protesting in the streets and turned into violent clashes between pro and anti-PKK groups. The fierce protests on Oct. 6-7 claimed nearly 40 lives and left scores of people injured in their wake.

During the protests, participants accused Ankara of doing nothing to halt the ISIS advance on the border town of Kobani, which has become the scene of fierce street battles between Kurdish groups and ISIS militants.

Following the protests, the PKK's urban youth wing, the Patriotic Revolutionary Youth Movement (YDG-H), was believed to have assassinated Turkish soldiers in southeastern Turkey and escalated the tensions to undermine the process through provocation.

The PKK took up arms against Turkey in the 1980s in order to carve out an independent Kurdistan in southeastern Turkey. The PKK is listed as a terrorist organization by Turkey, the EU and U.S.

Denouncing the provocations, Davutoğlu said that the government will not let blood and tears dominate the country again, referring to the decades-long conflict between the PKK and Turkey in which thousands of people lost their lives.

"The reconciliation process is a declaration of irrevocable will for the [Turkish] state and the nation," Davutoğlu said to underscore that Ankara will continue its efforts to ensure peace across the country no matter what happens.

He further referred to the provocations by some pro-PKK groups and echoed his previous sentiments that the reconciliation process is never an alternative to public order under any circumstance.

Urging the provocateurs, Davutoğlu said that they should never try to push for their own agenda under the disguise of the reconciliation process. He said that the process is directed at the Kurdish citizens of Turkey, so the main aim is to ensure peace in the nation.