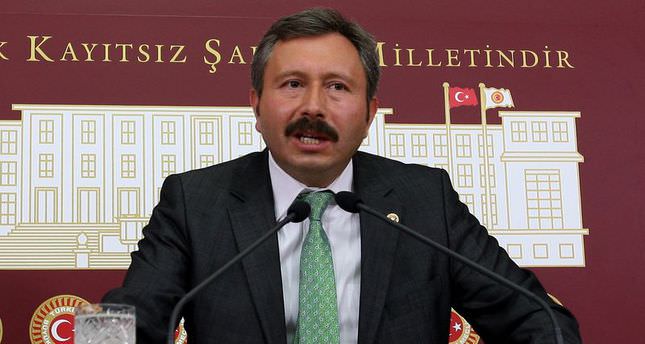 by daily sabah
Nov 05, 2014 12:00 am
Deputies who have close ties with the controversial Gülen Movement and have parted ways with the AK Party following the Dec 17 and 25 Operations, have taken the first steps towards establishing their own political party.

İdris Bal, who now serves as an independent deputy has submitted a petition to the Interior Ministry for the establishment of a new party called the "Democratic Development Party."

It is expected that the new party will aim to attract voters from center-right as well as center-left circles. Former AK Party deputies Hakan Şükür, Ertuğrul Günay, İdris Naim Şahin, Erdal Kalkan and Hasan Hami Yıldırım, who resigned from their party shortly after the Dec.17 and Dec.25 operations, are also likely to join the new political party. The operations were allegedly carried out by members of the Gülen Movement, who infiltrated the police and judiciary with the aim of overthrowing the government in late 2013.

Political analysts have given the new party little chance in the upcoming June 2015 election, since its leaders and political program still remain unknown.

The Gülen Movement, led by US-based controversial imam Fethullah Gülen, is considered to be a national security threat by the Turkish government and President Erdoğan. It is accused of wiretapping thousands of people, including Turkish government officials, encrypting phones and allegedly infiltrating state institutions, including the judiciary and security forces, with the aim of overthrowing the government. President Recep Tayyip Erdoğan previously said that the movement will be included in the Red Book and that fighting against the organization through lawful means will be one of Ankara's priorities.