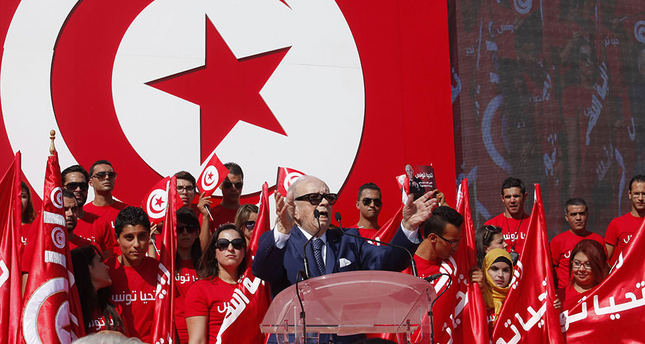 On October 26, Nidaa Tounes, which is comprised of former officials of the Zine el-Abidine ben Ali regime, obtained the most seats by a single party in the first post-ben Ali democratic parliamentary elections.

"As Turkey, we have always provided all kinds of support to Tunisia and so we shall continue to do so," Davutoğlu said in a telephone call to el-Sebsi on Thursday afternoon.

According to the Prime Ministry, el-Sebsi described Turkey as a key friend of Tunisia, saying "it is significant for us to see it persist."

"It is Tunisia who won after a democratic election process," Ghannushi said in return.

Nidaa Tounes, which includes a number of ben Ali-era politicians, won 84 seats in the assembly, while the Islamist Ennahda Movement won 69, according to an Anadolu Agency tally.