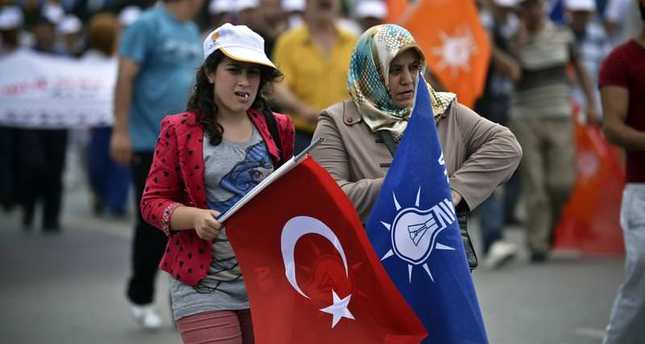 by Daily Sabah Nov 12, 2014 12:00 am
Preparations for the 2015 general elections have been launched with the release of a guide named "AK meetings." Preparations for the elections are expected to gain pace with Prime Minister Ahmet Davutoğlu's planned visits to different provinces in Turkey.

The Justice and Development Party (AK Party) has prepared a guide to be used by organizations under its command as part of the "election works," which the ruling party recently launched.

The guide, the preface of which was written by Davutoğlu, contains a list of do's and don'ts for members of the party during the election campaign.

According to the booklet, the party members will act with a clear "team spirit." Brochures and banners that will be used during the campaigns will be hung in central places; the party will use modern technology to communicate during meetings; there will be close contact with local media outlets; and noise pollution will be avoided. No campaign songs will be played while passing by hospitals, schools and places of worship, according to the guide.

The guide also forbids any members to involve themselves in arguments on social media and suggests that the members ask for advice from opinion leaders.