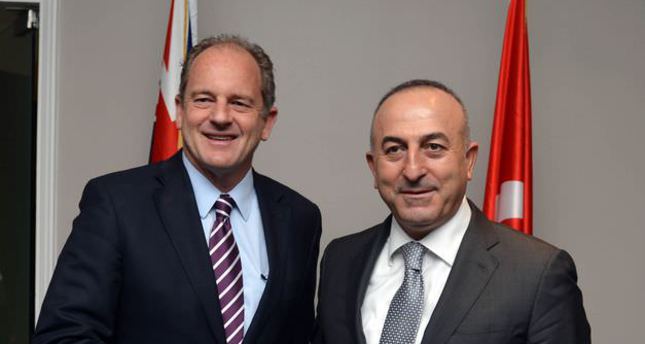 by AA Nov 13, 2014 12:00 am
Turkey and New Zealand held official foreign ministerial-level talks for the first time in 20 years on Thursday.

During his official visit to New Zealand, Turkey's foreign minister met with his counterpart Murray McCully in Auckland.

According to diplomatic sources, Mevlüt Çavuşoğlu said the visit was important.

Çavuşoğlu also congratulated McCully on his country's election as a non-permanent member of the UN Security Council.

A free trade agreement could be signed between the two countries, McCully added.

The counterparts exchanged views on regional issues, including Cyprus, the peace process in the Middle East and developments in Syria and Iraq.

Çavuşoğlu acquainted him with the preparations of the 100th anniversary of the battle of Gallipoli, according to diplomatic sources.

The battle of Gallipoli took place in 1915 during the First World War in Çanakkale, northwestern Turkey.

Çavuşoğlu said a commission was established for the preparations and Turkey's President Recep Tayyip Erdoğan will host the commemoration ceremony in Çanakkale, the source added.

A separate ceremony may be held in August for New Zealanders, due to their strong demand to attend the ceremony, Çavuşoğlu continued.

Çavuşoğlu added that 500 high level visitors from 70 countries will pay a visit to Çanakkale.