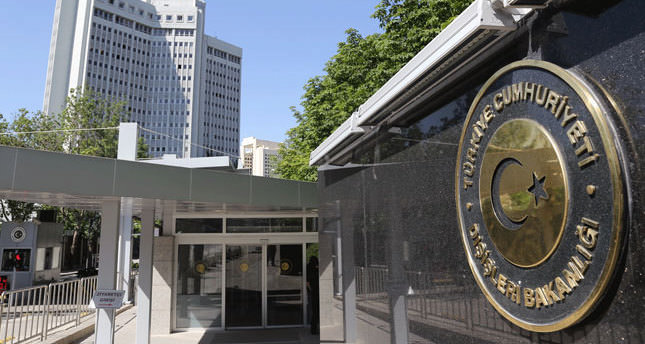 The controversial group, TGB is known to be one of the most important groups who took place at the Gezi Park protests which resulted in the deaths of eight people, including a police officer

Turkey's Foreign Ministry has condemned the ultra-right United Youth Union (TGB) who put sacks on the heads of American soldiers in Istanbul to protest "American imperialism." Tanju Bilgiç, the spokesman of the Turkish Ministry of Foreign Affairs said, late on Thursday, "The assault against American soldiers was a disrespectful act and in no way tolerable."

The controversial group, TGB is known to be one of the most important groups who took part in the Gezi Park protests which occurred in Istanbul's Taksim Square as demonstrations against a development project mushroomed into nation-wide mass protests against the government, resulting in the deaths of eight people, including a police officer.

Unidentified soldiers in civilian clothes were walking in Eminönü, a central district of Istanbul, when activists from the TGB approached one of them and asked whether he was with the sailors aboard the USS Ross, a U.S. navy ship, which has been anchored on Istanbul's Sarayburnu coast after returning from a military exercise in the Black Sea. When the soldier nodded yes, one of the activists said, "You have declared that you are a member of the U.S. army and now, because we define you as murderers, as killers, we want you to get out of our lands. We are using our right to protest you."

Then, the angry mob threw red paint on the soldiers and put sacks on their heads. The terrified soldiers managed to get away while the mob chased them shouting, "Yankee go home." Turkish police arrived at the scene and detained 12 members of the 50-strong mob.