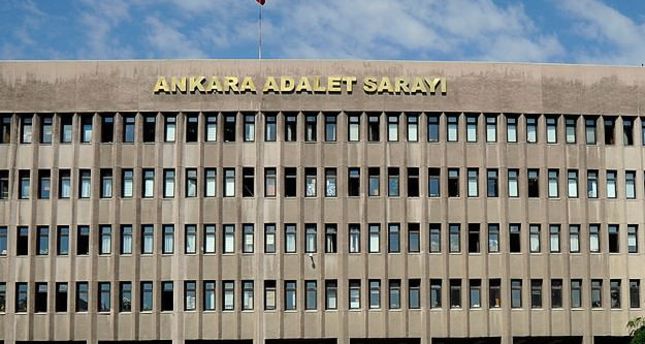 by daily sabah
Nov 18, 2014 12:00 am
The Ankara chief public prosecutor's office has prepared an indictment regarding 13 suspects who are accused of wiretapping then Prime Minister Recep Tayyip Erdoğan, charging the suspects with "political spying" after an investigation into the alleged offenders was completed.

The indictment prepared by public prosecutor Durak Çetin was sent to Ankara's 7th high criminal court on Tuesday. The suspects, with alleged links to the Gülen Movement, are charged with "political spying" in the indictment and Erdoğan is listed as the plaintiff.

Hasan Palaz, the Scientific and Technological Research Council of Turkey (TÜBİTAK)'s former chief, is among the suspects.

Revelations of more offences committed by Gülenists have been recently revealed. The group, that is already accused of carrying out illegal wiretapping and spying activities, is now accused of violating the "privacy of family life" by illegally wiretapping family members of police officers.

These are the latest in a series of offences alleged to have been committed by the Gülen Movement, which orchestrated the Dec. 17 and Dec. 25 operations in a bid to overthrow the government. They were revealed after the prosecutor's office launched an investigation into the police officers allegedly linked with the Gülen Movement.

The Gülen Movement is seen as a national threat by the government since the movement is accused of wiretapping thousands of people including Turkish government officials, encrypting phones and allegedly infiltrating state institutions with the aim to overthrow the government. The movement is led by retired imam Fethullah Gülen who lives in self-imposed exile in the U.S.

A recent report prepared by Interior Ministry inspectors shows that dozens of police officers with alleged links to the Gülen Movement had illegally wiretapped thousands of people in a "systematic and organized" manner for espionage purposes. According to the inspectors' report, some officers were involved in irregularities like tracking people's conversations, wiretapping, recording conversations and tracing the location of phone calls through GPS signals. Erdoğan recently requested the extradition of Gülen both privately and publicly from the Obama administration, and accused Gülen of plotting a judicial coup against the government before the local elections last March.