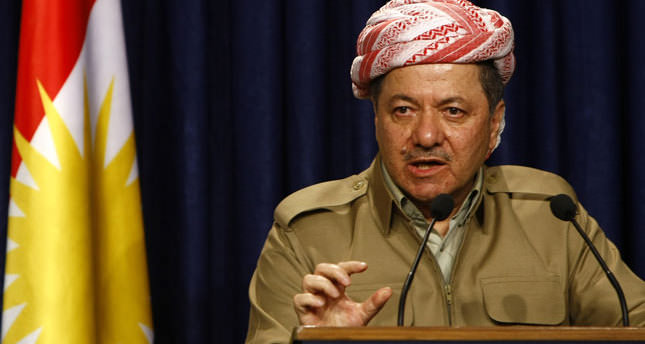 Western powers see the Kurds as a vital bulwark against further ISIS advances. France, Britain, Germany and others have begun arming Kurds, whose Soviet-era weaponry has proved ineffective against insurgents flush with hardware plundered from the Iraqi army after it abandoned its posts in June.

"We'd like to thank the members of the [anti-ISIS] coalition for the support they have provided, but ... all the support we have received so far is not up to the level that is needed," Barzani told France 24 in an interview aired on Wednesday.

"The heavy weapons systems that we need, especially in terms of quality and quantity, for example the APCs (armored personnel carriers), the helicopters, the artillery we need for a decisive war against them [ISIS] – we have not received these types of weapons," he said.Reportedly, Turkey will reiterate the necessity of comprehensive action to halt ISIS during Davutoğlu's official visit and highlight that the main target should be the reasons behind the rise of the ISIS threat.Meanwhile, a suicide bomber driving a car packed with explosives blew himself up in the capital of Iraq's Kurdistan region on Wednesday, killing at least five people in the first big attack there in more than a year.