Turkey to be the voice of underdeveloped nations, PM Davutoğlu says 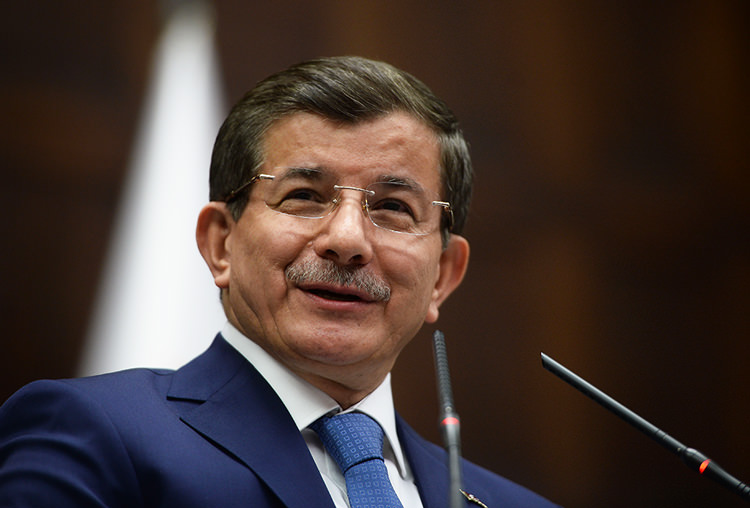 by daily sabah
Nov 25, 2014 12:00 am
Prime Minister Ahmet Davutoğlu has stated that Turkey will aim to address the needs of underdeveloped countries in G20 Summit, which Turkey will lead in 2015. He made the comments at AK Party's weekly group meeting on Tuesday.

"We will continue to follow a conscience policy" said Davutoğlu, who pledged that Turkey will closely follow the representation of underdeveloped countries. "It will not be possible to ensure justice in the world if one fifth of the world is unable to access electricity" the Prime Minister stated, pledging that Turkey aims to be the voice of the oppressed, while saying that it is time to turn the pyramid of inequality upside down.

Davutoğlu stated that Turkey was distinguished at the G20 Summit by its political stability. "Since 2008, some European states have changed their foreign ministers over seven times" said Davutoğlu, who noted the AK Party has been in power in the last twelve years and has ensured political stability in Turkey.

Announcing that Turkey will host a joint cabinet meeting with Iraq on December 24-25, Davutoğlu stated that Iraq is a friend and important strategic partner of Turkey. He added that Syria will not be abandoned to terrorist organizations like ISIS or oppressive regimes like Assad.

The Prime Minister harshly criticized Devlet Bahçeli, the leader of Nationalist Movement Party (MHP) for his insistence on defending the Dersim Massacre which took place in 1937 and 1938 in the Dersim region, now called Tunceli where a military campaign was carried out to suppress an Alevi uprising resulting in the deaths of over 13,000 people. Davutoğlu questioned Bahçeli's motives behind defending such assimilative and discriminative measures imposed by one-party rule in Turkey. "I dare Mr. Bahçeli to pronounce these remarks – calling those who participated in the Dersim uprising terrorists and traitors - in Tunceli" said Davutoğlu, who said that it is not fair to wholly declare a specific group of people as traitors. "All segments of the society deserve respect." he said, stating that no group is considered as a burden or source of trouble in the ideology of New Turkey.

Davutoğlu underlined that his administration embraces all people regardless of their background and are welcomed throughout the country, whereas he noted Bahçeli's radical remarks may not be welcomed by all. "True nationalism entails embracing every single citizen" Davutoğlu said. He continued by criticizing Bahçeli's ten point suggestions to resolve the Alevi issue as he said the government has already fulfilled seven of the proposed suggestions and stated Bahçeli has not been following the developments properly.

Davutoğlu called all party leaders to develop a more moral and respectful rhetoric when talking about each other and encouraged all leaders to avoid using offensive and degrading language. He noted that he will not make any comments about the main opposition leader Kemal Kılıçdaroğlu's offensive remarks since Kılıçdaroğlu's mother-in-law has recently passed away and it would be inconsiderate to get into an argument with him at the moment.