Threshold decision would be binding for Turkey's 2015 election 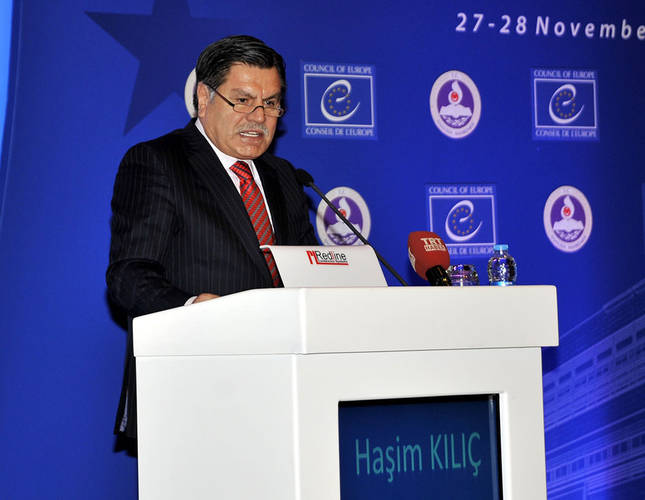 by Daily Sabah with Agencies
Nov 30, 2014 12:00 am
Haşim Kılıç, chairman of Turkey's Constitutional Court, said that the court will decide within two-to-three weeks whether Turkey's 10 percent election threshold is a violation of the Constitution.

According to Turkish daily Habertürk's article on Sunday, Kılıç said that the preparatory works of the individual applications to the court were finished and the court will decide over the case in the general council since it is a sensitive issue.

In response to whether the violation of right decisions are subject to the ruling that the "changes on the Election Code cannot be enforced in an election within a year," Kılıç stated that such decisions came into effect immediately to end the violation.

Therefore, if the court decides that the threshold is a violation, it would affect the parliamentary elections in 2015.

European Court of Human Rights had earlier decided in 2007 and 2008 that Turkey's election threshold does not violate the right for free elections, however, the threshold should be decreased.