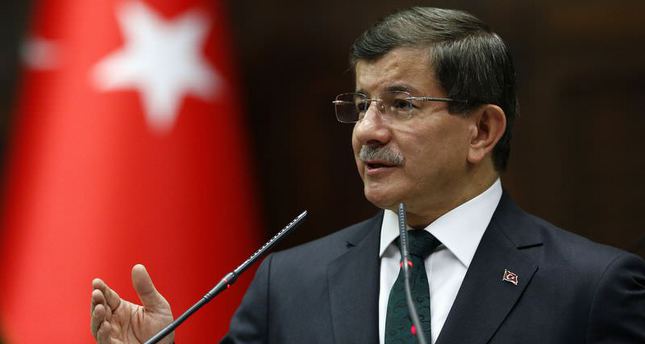 by Mehmet Solmaz Dec 02, 2014 12:00 am
Prime Minister Ahmet Davutoğlu has announced that as of Jan. 1, 2015, those who reach the age of 28 will be eligible for paid exemption from military service at the rate of TL 18,000 ($8,103). He made the announcement while speaking at the Justice and Development Party's (AK Party) weekly group meeting in Parliament.

There are reportedly 800,000 people awaiting paid military service and, reportedly, men have vehemently demanded that the age limit be decreased to 25. The requirement to pay TL 30,000 ($13,600) for an exemption from mandatory service is also considered to be too high by many.

Speaking to Daily Sabah on Tuesday, Paid Military Service Platform spokesman Özkan Can said that hundreds of people from various professions from craft engineering to teaching gathered in 2011 and established the platform to create awareness on the "victimization" caused by compulsory military service. Can, who could not benefit from the previous exemption bill by 35 days, said the platform achieved its goal to keep the issue in the media and that hundreds of thousands will benefit from the new exemption bill, which will prevent them from losing their jobs and staying away from families. "Once a person comes to a certain age, he has various responsibilities like looking after a family or climbing up the ladder in higher education, which makes it almost impossible to fulfil military service," Can added.

Military service differs in each country in the region. Compulsory military service is imposed in neighboring Greece, Iran, Greek Cyprus and Armenia with the duration of conscription at least 24 months. In Israel, Jews and Druze of both sexes are required to perform military service at 18 years of age. Israel requires 36 months service for men and 21 months for women.