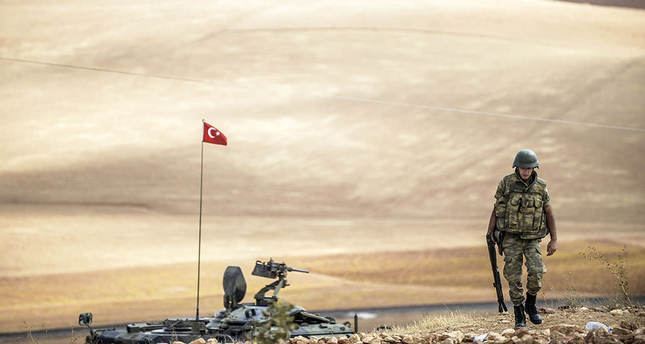 Prior to this announcement, it was reported by Turkish media outlets that around 800,000 people are awaiting military service.

But Turkey's main opposition Republican People's Party (CHP) and opposition Peoples' Democratic Party (HDP) have voiced objections to the government's proposal as it favors the rich over the poor.

HDP Co-Chair Selahattin Demirtaş said that their party's position on the issue is the introduction of conscientious objection to military duty and replacing obligatory military duty with voluntary service.

"I am aware of too many people waiting for the paid exemption, but this [proposal] is not the solution," Demirtaş said. "Those who do not perform military service can perform another public duty instead."

Demirtaş also criticized the proposal as it foresees that the funds collected from paid exemptions will be transferred to the national defense industry.

There are reportedly 800,000 people waiting for the new paid exemption for military service to take effect and, reportedly, men have vehemently demanded that the age limit be decreased from 28 to 25. The requirement to pay TL 30,000 for an exemption from the mandatory service is also considered to be too high by many. The expected revenue in the case that 700,000 men apply to be exempt from military service is TL 12.6 billion.
According to the findings of the Parliament's Research Center, 125,834 people have benefitted from paid exemption from military service in Turkey so far. Such regulations have been made four times, with 67,630 people benefiting from the regulation in 2011, 72,290 people in 1999, 35,111 people in 1992 and18,433 people in 1987.

Military service differs in each country in the region. Compulsory military service exists in Greece and Iran with conscription of 12 months. The duration is at least 24 months in Greek Cyprus and Armenia. In Israel, Jews and Druze of both sexes are required to perform military service upon turning 18 years of age. Israel requires 36 months of service from men and 21 months from women.