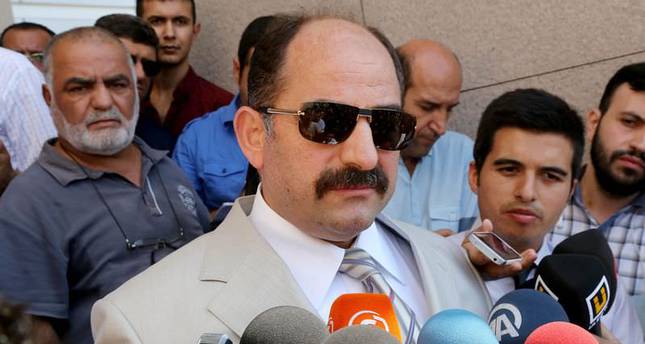 by Daily Sabah Dec 04, 2014 12:00 am
The Supreme Board of Judges and Prosecutors (HSYK) has requested the dismissal of Gülen Movement-linked prosecutors from duty. The HSYK convened on Wednesday to discuss complaints about prosecutors Celal Kara, Zekeriya Öz, Muammer Akkaş and Mehmet Yüzgeç. The complaints had been allegedly concealed by the chairman of the HSYK's Third Chamber.

The chamber submitted a request to the 2nd Chamber of HSYK in order to launch an investigation. They claimed that old members of the HSYK had purposefully avoided investigating cases regarding crimes and irregularities committed by members of the Gülen Movement within the institution.

It was reported that the case had been previously investigated by inspectors assigned by the 3rd Chamber of the HSYK. After investigating the case, inspectors came to the conclusion that the four HSYK prosecutors had "damaged the dignity and prestige of the profession by inappropriate and unsuitable actions and relations." The inspector's report also requested the dismissal of the prosecutors from their profession.

If the prosecutors are found guilty, they could face a warning, condemnation, suspension of promotions, change of location or dismissal from duty.

The prosecutors are accused of supporting the Gülen Movement, which allegedly attempted to overthrow the government in December 2013. Muammer Akkaş was the prosecutor who launched the Dec. 25 operation.

Prosecutor Zekeriya Öz was also involved in the operation and has consistently shared politically motivated messages on social media. He was involved in a scandal for taking an extravagant vacation to Dubai, which was financially supported by businessman Ali Ağaoğlu, while there was an ongoing public case against him for threatening and insulting then Prime Minister Recep Tayyip Erdoğan.

It was discovered that Prosecutor Celal Kara failed to provide the right of defense to those who were detained under the scope of the Dec. 17 probe.

Members of the Gülen Movement allegedly infiltrated Turkey's police and judiciary with the aim of toppling the government and the government hopes to clear these institutions of what they call "traitors" through lawful and democratic means.

The Gülen Movement, led by retired imam Fethullah Gülen, who now resides in self-imposed exile in the U.S., is seen as a national threat to the state by Ankara, as it is accused of wiretapping thousands of individuals, including high level government officials and allegedly infiltrating state institutions to overthrow the government.