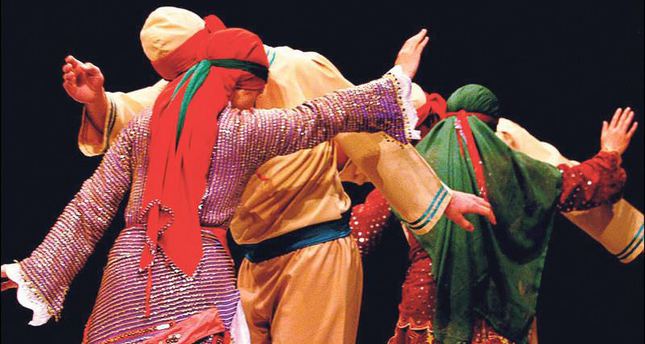 by Daily Sabah Dec 05, 2014 12:00 am
The government has taken the initiative to remove the Alevi concept of 'dedelik and babalık' from the prohibitions clause of the reform laws, paving the way for more recognition of Alevi leadership. The decision comes as Turkey takes radical steps to improve the rights of ethnic and religious minorities.

The initiative comes at a time when the Turkish government announced that the Directorate of Religious Affairs will be covering the electricity expenses of cemevis, houses of worship for Alevis.

Amending the Law dated 1925 related to the closure of Sufi Lodges and Monasteries, the government will remove the prohibition of dedelik and babalık, which were listed amongst other prohibited acts including religious leadership, fortune telling, prophesy, and a number of superstitious acts and titles.

It was reported that the government will seek the opposition's support to amend the law rather than fully abrogating it.

Financial support for Alevi dedes and babas is also on the government's agenda as the government will designate a salary for them.

The Law related to the closure of Sufi Lodges and Monasteries has been modified three times since 1925. The first modification was made by İsmet İnönü, who imposed stricter penalties for those who violated the law. The second amendment was made during the Democrat Party's rule in the 1950s, while the last one was made in the 1990s.

In previous years, the AK Party government has taken a series of steps to understand and respond to Alevi identity-based claims. AK Party-Alevi relations, which had for a long time been in a stalemate, have become much more dynamic with the AK Party's second term in government. The government initiated the "Alevi Opening" in 2010, a belated yet sincere attempt to understand the "Alevi Issue" and respond to the demands of Alevi citizens. The Alevi opening was put on the agenda of the government as part of the Sept. 30 democratization package, but later was postponed on the grounds that there was no institution to represent Alevis in Turkey. Therefore, the only measure implemented under the proposed opening was the decision to rename Nevşehir University as Hacı Bektaşi Veli University.