Over 7,000 ISIS fighters banned from entry into Turkey 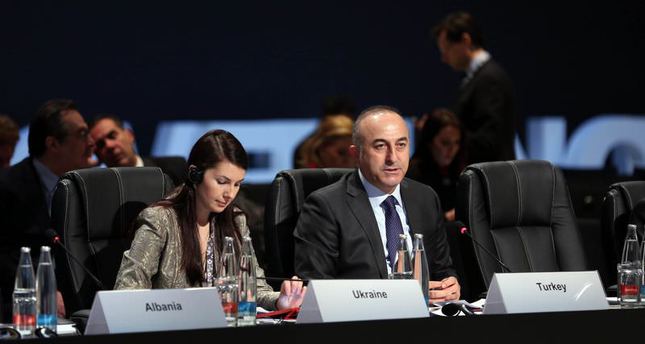 by AA Dec 06, 2014 12:00 am
More than 7,000 suspected foreign fighters travelling to Iraq and Syria have been banned from entering Turkey, the country's Foreign Minister has announced.

Mevlüt Çavuşoğlu's comments came on Friday as counter-terrorism methods took center stage on the final day of a two-day ministerial council meeting of the Organization for Security and Cooperation (OSCE) in Basel, Switzerland.

Çavuşoğlu said: "Our 'no enter' list of suspected foreign terrorists has now more than 7,200 names and we have deported more than 1,050 since 2011.

"Yet we still observe the flow of terrorist fighters ... and in some cases, those we deport end up at our border gates again."

Çavuşoğlu noted that terrorism should not be associated with any religion, belief, culture or ethnic groups, and called for a multi-sectorial approach, including civil society, to tackle the problem.

He said: "The issue of foreign terrorist fighters is a global threat. We have seen these symptoms in the past in Afghanistan, Iraq, Kenya, Libya, Tunisia, Chechnya and Somalia.

"Now we see them not only in Syria or Iraq, but also in eastern Ukraine and in other parts of the world."

He added: "Today, the threat we face in Syria or Iraq cannot be isolated from the past and we should make use of the lessons learnt.

"We cannot prevent this threat by diverting the smoke coming out of the big fire in Iraq and Syria. We have to extinguish this fire."

Turkey maintains the international community's inaction to the crisis in Syria and the sectarian policies of the Shia-led former Iraqi government has prepared the ground for al-Qaeda to re-emerge in Iraq and Syria.

Çavuşoğlu said: "It [the self-proclaimed Islamic State of Iraq and al-Sham] grows stronger under the name of 'ISIS' in a symbiotic relationship with the regime in Syria."

He said "ISIS" had attracted individuals from more than 80 countries through its propaganda, based on the exploitation of religion by use of social media, adding that more than half of the Daesh fighters were locals.

"Only addressing the foreign fighters would not solve the problem - we need a comprehensive strategy that includes rehabilitation, de-radicalization ... nation- and state-building, in addition to the military and law-enforcement measures," he said.

The terrorist group ISIS, has captured large swathes of land in Iraq and Syria, self-declaring what it calls a cross-border Islamic caliphate and killing thousands of people and displacing millions more.