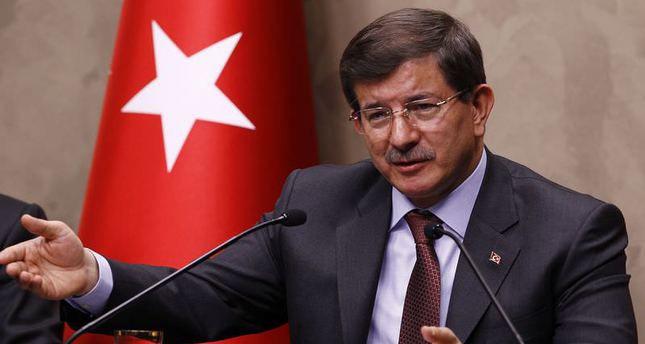 by Daily Sabah Dec 08, 2014 12:00 am
Prime Minister Ahmet Davutoğlu stated that the AK Party is not intimidated by election thresholds which existed when the party was formed and did not prevent them from winning the elections. He made the statement at a press conference organized at Esenboğa Airport in Ankara, before leaving for a visit to Poland.

"Our policies are based on our relationship with the people" said Davutoğlu, who stated that removing the 10 percent election threshold would be decided by the Constitutional Court and that it was unnecessary for some parties to think removing the threshold would create miracles.

"We suggest that they try to appeal to the people rather than trying to remove the threshold" Davutoğlu said.

The Prime Minister stated that any attempts which try to disturb the order and stability in the country under the name of increasing representation would be opposed by the people. He underlined that the government would not allow the creation of a crisis.

He explained that the Turkish people cannot read anything related to their history in its original language and remarked that everything from the past belongs to the Turkish nation and that the government will take all measures to ensure that everyone has access to reading Ottoman-Turkish texts.

Harshly criticizing the opposition leader Kemal Kılıçdaroğlu for calling the compulsory religion classes as a return to the "Dark Ages," Davutoğlu stated that Kılıçdaroğlu should let the West make such Orientalist remarks. "Every time you call the Middle Ages 'Dark Ages', you insult the legacy of Hacı Bektaş Veli and Yunus Emre" said Davutoğlu, who noted that it is unsuitable for politicians to base their remarks on Orientalist rhetoric.
In 2007 and 2008, the European Court of Human Rights had ruled that Turkey's election threshold does not violate the right for free elections and is not a violation of human rights.

The Strasbourg-based court ruled in favor of Turkey in a 5-2 vote saying that the threshold aimed at ensuring stability in the country's political life. The AK Party offered to lower the current 10 percent election threshold as part of the reforms that were announced as a democratization package on September 30, 2013.