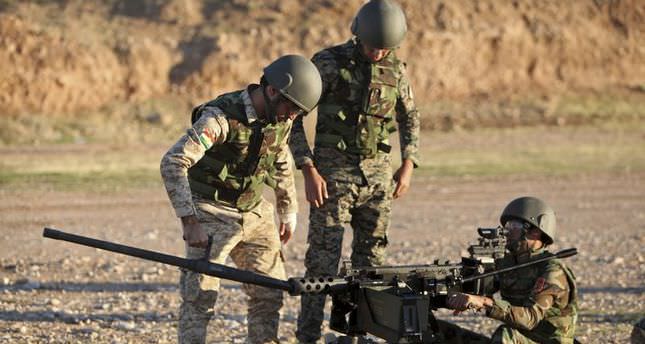 by Dec 10, 2014 12:00 am
Six months into the self-proclaimed Islamic State of Iraq and al-Sham's (ISIS) offensive in Iraq, the Kurdistan Regional Government (KRG) said Wednesday that they had lost more than 700 peshmerga fighters and argued the burden of hosting a million displaced civilians was becoming unsustainable.

Since ISIS launched a devastating offensive from Syria on June 9, Iraq's Kurds have been involved in battles along a frontline stretching more than 1,000 kilometers.

A statement from the region's military forces, known as the peshmerga, said 727 members of the Kurdish security forces had been killed and 3,564 wounded since June 10.

The dead and wounded included "officers, non-commissioned officers, members of the Asayish [intelligence agency] of the police and some peshmerga veterans," the statement said.

The last overall toll released by an official Kurdish source was on August 8, when the regional presidency's chief of staff, Fuad Hussein, said 150 peshmerga had been killed.

Wednesday's figures do not include casualties sustained in Iraq by Kurdish fighters from armed groups based in Turkey, Syria and Iran who have joined the anti-ISIS war effort.

Jabbar Yawar, the peshmerga ministry's secretary general, told AFP that only 11 of the Iraqi Kurds who had joined the battle against ISIS fighters in the Syrian border town of Kobani had been wounded and none killed.

When the jihadists, who already controlled swathes of neighboring Syria, attacked six months ago, the Iraqi federal forces collapsed, commanders and foot soldiers alike often abandoning their posts without a fight.

The peshmerga moved in to fill the vacuum and took over several disputed areas they had long claimed from the federal state, de facto expanding the size of their region by around 40 percent.

However, they were forced out of several of their newly acquired territories when ISIS fighters – who had made Iraq's second city of Mosul their main hub – launched a second offensive in August.