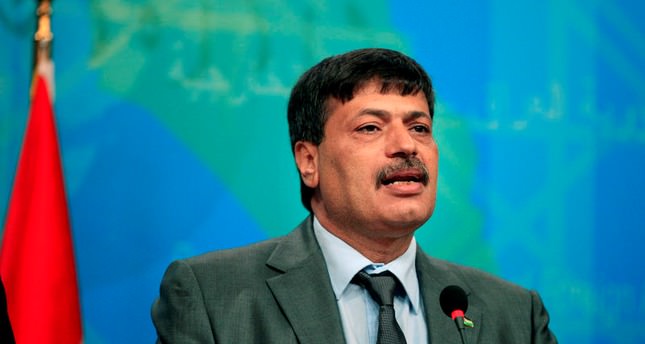 by Daily Sabah Dec 10, 2014 12:00 am
The Turkish Foreign Ministry has strongly condemned Israel for the death of Palestinian minister Ziad Ebu Ain who died shortly after being hit by Israeli soldiers during a protest in West Bank on Wednesday.

"This incident is a result of Israeli occupation of Palestinian territories and violation of fundamental human rights. Israel's ill-treatment towards Palestinians can never be accepted," the statement said.

"We expect an objective and extensive investigation, and want those responsible to be brought to justice," the statement added.

Palestinian minister Ziad Abu Ein died on the way to Ramallah shortly after being hit by Israeli soldiers during a protest. Ein, who was in his early 50s, was the official in charge of the settlements file at the Palestine Liberation Organization (PLO).

The cause of death was suffocation from teargas, the Ramallah medical complex said. Witnesses say they were on their way to plant trees and protest near an Israeli settlement when they were stopped at an improvised checkpoint.

Palestinian President Mahmoud Abbas, in a statement, called Ein's death "a barbaric act that [he] cannot be silent about or accept." Announcing three days of national mourning, Abbas said he would take "necessary steps" after an investigation. The Israeli army was looking into the incident, a spokeswoman said, but did not immediately provide further information.
Last Update: Dec 11, 2014 9:25 am
RELATED TOPICS