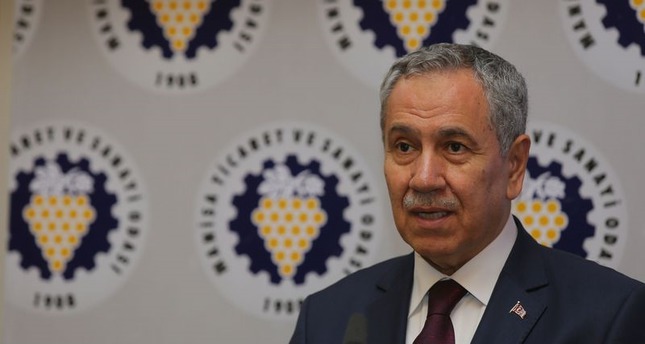 by AA Dec 12, 2014 12:00 am
Turkish Deputy Prime Minister Bülent Arınç said on Friday that political differences between Turkey and other Middle Eastern countries would be resolved.

"I shall confess that, in recent years, differences have arisen among the leaders of countries over many political issues, such as those which have arisen in Syria, which took place in Iraq and which occurred in Egypt," said Arınç, speaking at the Fifth Bosphorus Summit in Istanbul.

"However, we are friends and brothers," he added, addressing a group of businessmen and officials gathered from mainly Muslim countries.

Arınç also called on investors and businessmen not to resist doing business with Turkey, as relations would soon get better than they were in the past.

Everything would get "better than in the past in a short while," said Arınç.

Turkey is at odds with Egypt and has been an outspoken critic of the toppling of the country's first democratically elected president, Mohamed Morsi.

Saudi Arabia and United Arab Emirates, on the other hand, back the current president of Egypt, Abdel Fattah al-Sisi, a former commander-in-chief of the Egyptian army who came to power in 2014.