Gov’t says Turkey is a state of law, points to judicial process 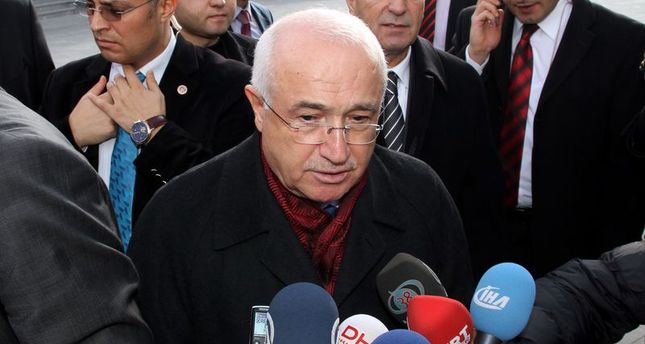 While senior government ministers have backed the ongoing police operation on senior media figures and police officials in 13 cities across Turkey since early morning, the main opposition party has slammed the operation.

Many of the ministers, one of whom is Economy Ministry Nihat Zeybekci, pointed out that Turkey is a country where the rule of law prevails. Zeybekci said: "Everyone should believe in the legal system, respect it. If there is no problem prevailing, they should trust the practice of law and agree to its decisions."

Some 25 people, including police officers and media staff having alleged links to the Gülen Movement, were detained on Sunday in dawn raids carried out in 13 provinces across the country. Gülenist suspects were detained under allegations of "establishing an armed terrorist organization" and fabricating fake evidence to imprison those against their ideologies.

Health Minister Mehmet Müezzinoğlu was one of the senior ministers who commented on the police crackdown of Sunday. "Turkey is a state of law," he said, adding, "If someone does wrong, they pay the penalty."

Forestry minister said whoever commits a crime is brought to justice: "The guilty ones will suffer the consequences."

Deputy Prime Minister Numan Kurtulmuş, on the other hand, said he was waiting to see the results of the investigation.

"We will see the results of the investigation. It is not appropriate to comment on this probe at this moment," he said.

The investigation is a procedural act, according to Parliament Speaker Cemil Çiçek, who said: "This is not a first-of-its-kind. We want the truth to be revealed."

Prime Minister Ahmet Davutoğlu gave a speech on Sunday during the AK Party's Congress meeting in the eastern city of Elazığ. During his speech, Davutoğlu said, "This day is the day of examination." Everyone will be responsible for their action, let it be for democracy or against democracy, Davutoğlu said.