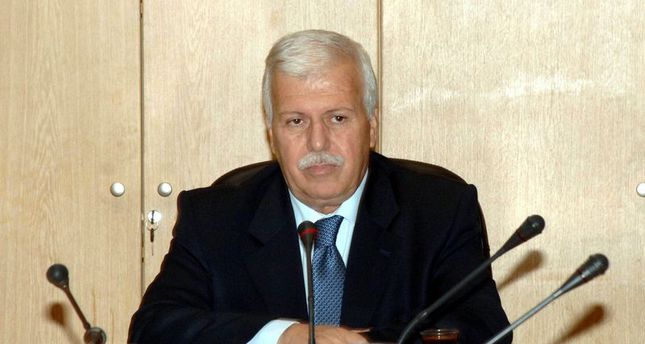 by Daily Sabah Dec 16, 2014 12:00 am
Former member of the Gülen Movement, columnist Hüseyin Gülerce, who is currently critical of the movement, said the recent Dec. 14 operation has nothing to do with restricting press freedoms and that the case involves a fabricated crime allegedly committed by cooperative works of the movement's media branch and alleged infiltrators in the police.

Gülerce, who recently announced that he parted ways with the movement, claiming they attempted to topple the government with operations in December 2013, was detained on Monday as part of an investigation launched by the Istanbul Public Prosecutor's Office. Gülerce was released after he gave a statement to police.

Twenty-seven people, including police officers and media staff with alleged links to the Gülen Movement, were detained in operations carried out by the Public Prosecutor of Istanbul on Sunday. According to the prosecutor's statements, the operations were carried out to investigate involvement in establishing an armed terrorist organization and fabrication of crimes under the scope of a terrorist organization.

Gülerce, who was among those detained, made a statement against the Gülen Movement and said attention should not be diverted into "the freedom of the press" as the case is about something else.

He further criticized Gülenist media staffers for putting on a show for the operation that targeted them.

Gülerce claimed Gülenists manipulated the basis of the operation on Sunday and portrayed it as a blow to "press freedoms." He said they are inclined to manipulate offenses that target them and turn them into a means to hit the government, which they consider their foes, Gülenists linked the offense they are accused of to the restriction of "press freedoms," thus turning them into "heroes."

Zaman daily Editor-in-Chief Ekrem Dumanlı, and Samanyolu Media Group Chairman Hidayet Karaca, were among the suspects who had detention warrants issued for them. Yet unlike Karaca, Dumanlı refused to go to the police station at his own will and instead called on officers to "come and take him" on the day of the operation.

"We are prepared like we are going to a wedding," he said in a press release on Sunday before officers detained him. Amid chanting, Dumanlı was detained with a smile on his face.

Some interpreted his attitude on the incident as being opportunist. Attempting to create a perception among the public that they are accused of "being critical over the government," they turned the incident into a drama and depicted themselves as aggrieved in the face of international circles, some critics said.

Although the operation was not only confined to media staffers, some believe Gülenists centered on this aspect in order to shape the incident in a way which benefited them.

Also gaining sympathy from leftist circles that stand ready to lash into government, Gülenists, some said, used the operation against them.
"There is no need to make a show out of it, and manipulate the cause of the operation with diverting attention on 'press freedoms,' " Gülerce said in his statement, adding that what matters is that the truth comes out.

Contrary to the picture Gülenist circles want to draw of the operation that targeted them, the investigation was into police officers, along with some members of the media close to the movement, who allegedly participated in fabricating a crime against a group that they deemed a threat to their entity.

The group in question, which shares the same Islamic principles as the Gülen Movement, since they both follow the path of prominent Islamic scholar Said Nursi, was against the Gülen Movement's interpretation of some of his ideologies. The dissent between the two groups caused unease on the part of members of the Gülen Movement, who dispute the way the group bases its principles in accordance with books written by Said Nursi, founder of the Nur Movement. In a bid to eliminate its so-called rival, which some have said they consider a threat to their existence, the Gülen Movement allegedly made a detailed plan to get rid of the group.

The group, which is now known as Tahşiye, is not what the members of the group call themselves. The name was allegedly first coined by Fethullah Gülen, leader of the Gülen Movement, in a sermon he gave on April 6, 2009. He hinted at the existence of a terrorist organization called Tahşiye. Following the first mention of the group, media outlets close to the movement began covering the subject, supporting the belief that there is such an organization engaged in terrorism. The alleged media extension of the investigation is believed to be on this basis.

The investigation into the offense was launched after a complaint was filed by the leader of the group, Mehmet Doğan, who was arrested during an earlier operation but was later released pending trial.

Gülerce, who was detained for an article headlined "Why does Gülen warn," which he wrote following a tipoff from Gülen, denied being part of the plot. In his statement he said he only quoted Gülen in the article and he himself did not call the group Tahşiye.

"I too think there might be a plot in this matter, after having been shown the evidence regarding the case." Gülerce said in his statement.
Last Update: Dec 17, 2014 3:01 pm
RELATED TOPICS