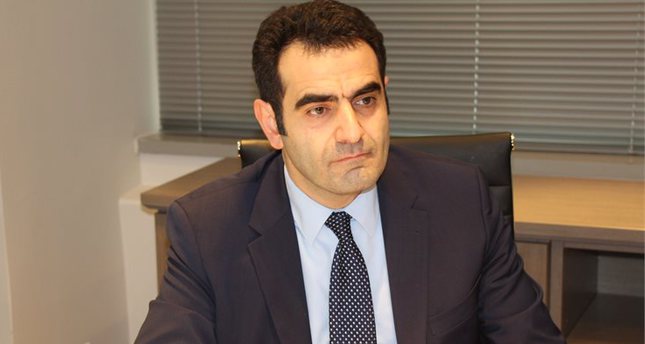 by Merve Aydoğan Dec 16, 2014 12:00 am
The diplomatic relations between Turkey and Canada date back to 1944, and mark their 70th year in 2014. Speaking to the Daily Sabah, Selçuk Ünal, the 27thTurkish Ambassador to Canada, stated their "aim is to invigorate long established 70 years of diplomatic relations and allied bonds in order to reflect the true nature of cooperation between the two NATO allies and G-20 members."

There are two important historic incidents that occurred between Turkey and Canada in the early 1900s. The first incident was during the Çanakkale (Gallipoli) War, when "The Royal Newfoundland Regiment" joined the campaign and Turks and Canadians fought for the first and the last time against each other. The other significant historical occurrence in bilateral relations was in 1914 when 210 Turks were interned as "enemy aliens" in Kapuskasing, Ontario camp. These Turks were held there until 1920 and later transferred to town of Brantford in Ontario, where 16 of them lost their lives. Those who died were buried at the Mount Hope Cemetery in what is called the "Turkish Lot".

Additionally, Turkey and Canada have strong bonds of alliance within NATO, in which both countries' soldiers fought in Korea shoulder-to-shoulder and took part in joint missions.

Ambassador Ünal adds, "Turkish-Canadian relations have further potential to develop than reflected on the current state." As of December 1, Turkey took over the G-20 presidency and will host Leaders' Summit in 2015 in which Ünal says 'Canadian representation may serve the expected high-level political dialogue.'

"There is a need in 'dynamism and momentum to make a positive difference and development in the period ahead. We will be working to strengthen high level political dialogue, the official launch of FTA negotiations and the establishment of Joint Economic and Trade Committee mechanism, further increase of direct flights between both countries in the period ahead," says the Ambassador.

Furthermore, the recent shooting inside the Ottawa Parliament building acted as a reminder of the Armenian terrorism against Turkish diplomats in Canada in the 1980s. Commenting on the incident, Ambassador Selçuk Ünal said "the assassination of Colonel Atilla Altıkat and, finally, the death of our Commercial Counsellor Mr. Kani Güngor due to the wounds he received in the assassination aimed at him were not forgotten by Turkey and the Turkish community living in Canada. And they will not be forgotten. No one can expect us to forget them nor obstruct our remembrance of those terror acts."

In addition, the UN High Commissioner for Refugee held a conference in Geneva on December 10 regarding the Syrian refugee crisis. Canada, as one of the top leaders of the Western world, was expected to provide further aid for the Syrian refugees at the UN conference. Lagging behind its commitment to take in 1,300 Syrian refugees, Canada is seeking to resettle refugees only from religious minorities according to local sources.

During the interview Turkey's Ambassador to Canada says he has given nearly 20 interviews to the Canadian media in efforts to raise awareness and respond to unjust allegations regarding the humanitarian crises in Syria and Iraq. Canada's pledge to receive 5,000 refugees from Turkey by 2018, which was later limited to only Iraqis and Iranians, as well as 1,300 Syrians from the region by 2014 is already showing signs of failure.
Ambassador Ünal states, "we are expecting from every responsible member of international community including Canada to do more to either increase their bilateral assistance to Turkey and Turkish efforts and/or continue with resettlement processes, if any, they have started."

On December 10, the Turkish Embassy in Canada launched a photo exhibition called the "Safe Harbour: Turkey" which highlighted Turkey's experience throughout history for refugees seeking shelter from conflict, oppression, a certain death or violence, which also sent a joint message by the embassy and the UNHCR-Canada.