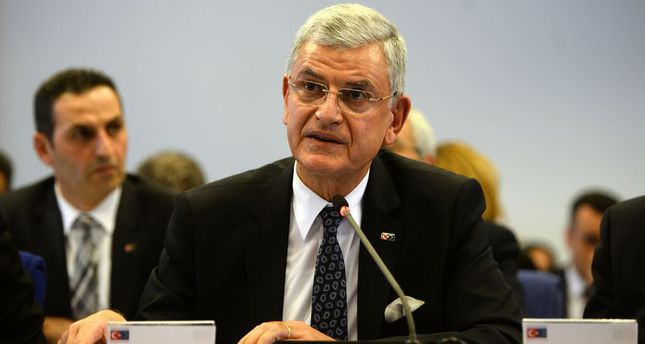 "Minister Bozkır mentioned to his counterpart that the judicial process was still ongoing, that the executive was not involved in this process in accordance with the principle of the separation of powers," a statement from the Turkish EU Ministry said.

"Turkey is a country which observes the rule of law," Bozkır told Mr. Hahn according to the statement. "Everyone should respect the independence and impartiality of the judiciary."

"Bozkır also stated that the detained persons were not investigated because of their written or oral expressions and also that the freedom of press in Turkey cannot be harmed," said the statement.

An operation was launched Sunday in Istanbul and other provinces against people suspected of being agents of the Gülen Movement, an alleged group of bureaucrats embedded in the country's institutions, including the judiciary and the police.

Deputy Prime Minister Bülent Arınç also delivered a briefing after the Council of Ministers' meeting on Monday as well, saying the recent operation in Istanbul against the "parallel state" "was not a political move" but "part of a judicial process."