CHP deputy may face disciplinary action for criticism of party 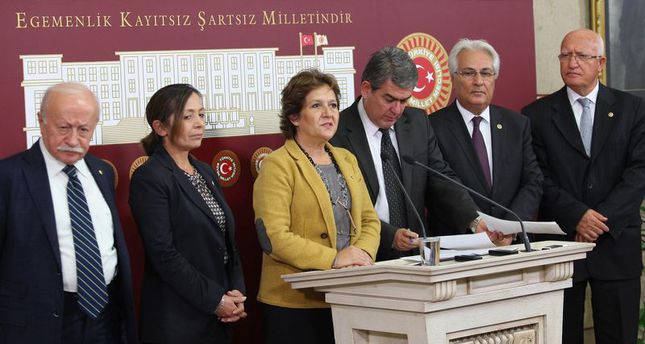 by Daily Sabah Dec 17, 2014 12:00 am
The Republican People's Party's (CHP) İzmir Deputy Birgül Ayman Güler may be facing disciplinary action for recent remarks claiming that the party cooperates with the Gülen Movement.

It was reported that the CHP will discuss the issue at the upcoming Central Administration Board Meeting (MYK) which will take place on Thursday, after Güler's remarks were deemed to be 'unacceptable'. Disciplinary action may be necessary to warn Güler.

Despite CHP leader Kemal Kılıçdaroğlu's opposition to the December 14 Tahşiye operation, Güler stressed that there is cooperation between the Gülen Movement and CHP, which was particularly evident during the March 30 local elections.

"For the last 10 years, this circle [Gülen Movement] that is responsible for the violation of law, press principles and technical operations should pay the price before the court for wiretapping, leaking illegal wiretapped conversations, fake evidence, establishing fake expertise and abolishing the right of defense." Güler said, urging her party to avoid defending the controversial movement.

In response to Güler's remarks, Kılıçdaroğlu announced that Güler's allegations will be investigated, signaling that she may be referred to the discipline committee for her remarks.

The disintegration of the CHP has increased significantly as dissenting voices among party members have been getting louder while some prominent members have resigned.

Last week, CHP's Eskişehir Deputy Süheyl Batum, who criticized Chairman Kemal Kılıçdaroğlu and the party's administration policies, was dismissed from the party following his referral to the disciplinary committee. He was referred to the disciplinary committee on November 5 and claimed that it was not until November 25 that he received any information about the reason behind his dismissal from the party.

Following his dismissal, Batum said the decision was unlawful and had been implemented as a plot against him to suppress his voice.