Minister: Cooperation between interior and exterior foes behind Dec 17 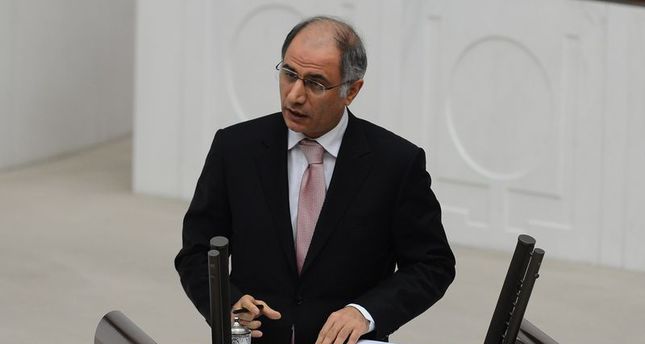 by Daily Sabah Dec 17, 2014 12:00 am
On the anniversary of the Dec. 17 operation that was allegedly orchestrated by the Gülen Movement in an attempt to overthrow the government, Interior Minister Efkan Ala made an assessment of what was behind the operation. He said it was an attempt by international circles to cause a regression in the progress Turkey has achieved so far using interior spies as a tool to this end.

Ala told Sabah, a Turkish daily, that the Dec. 17 and Dec. 25 operations, which were allegedly conducted by members of the Gülen Movement in government positions, had a background that paved the path for the operations.

On Dec. 17, 2013, the Financial Crimes and Battle Against Criminal Incomes department of the Istanbul Security Directory detained 47 people, including government officials as well as prominent businessmen as part of an investigation led by a prosecutor allegedly affiliated with the Gülen Movement. Permission to conduct the investigation into government officials to the prosecutor in question was issued by Zekeriya Öz, a prosecutor with alleged ties to the Gülen Movement.

Ala said infiltrators in the government's key bodies cooperated with international circles who were bothered by development Turkey and they began illegally collecting documents and wiretapping key targets upon international orders. The process to overthrow the government, Ala claimed, was initiated in 2009 and revealed some of their intention via key cases they were involved in.

Members of the Gülen Movement allegedly infiltrated government institutions by concealing their ties to the movement. Their intentions became apparent over the past year as prosecutors and judges began acting unconstitutionally while giving orders and delivering judgments. The alleged infiltration by the movement was uncovered for the first time in the Feb. 7 operation when Istanbul's specially authorized prosecutors, Sadrettin Sarıkaya and Bilal Bayraktar, who are believed to be followers of the Gülen Movement in the judiciary, issued a summons for National Intelligence Organization (MİT) Chief Hakan Fidan for collaborating with the PKK.

Ala interpreted the incidents as plot against the Justice and Development Party (AK party) government, which has had many improvements since it assumed power.

"The recent developments Turkey witnessed prior to the operations bothered foreign circles. The government announced a democratization package, launched the peace process with the PKK, made reforms in the field of education, made huge economic achievements, launched construction of a third bridge [over the Bosporus] and is holding talks over nuclear issues that sees major economic gains for the Turkish economy. All these positive developments have bothered some circles and the operations were attempts to hamper this progress in Turkey," Ala claimed.

Ala also claimed that the Gezi Park protests, which broke out roughly seven months before the operations were orchestrated, were also part of efforts by these circles to cripple the success Turkey was achieving. But despite all provocations, Ala added, Turkey maintained its strength and moved forward.
Last Update: Dec 18, 2014 8:46 am
RELATED TOPICS