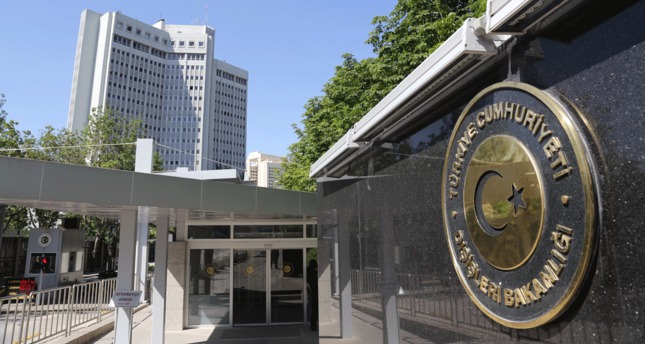 by AA Dec 18, 2014 12:00 am
Turkey has welcomed the decision of a European Union court to remove Hamas from its terrorist list.

"From our point of view, this is a positive development," Turkish Foreign Ministry Spokesperson Tanju Bilgiç said at a weekly briefing on Thursday.

"Turkey's position on the Palestinian issue is obvious," Bilgiç said.

The EU's General Court ruled on Wednesday that the decision to list Hamas on the 2001 terrorist list was not based on "acts examined and confirmed in decisions of competent authorities, but on factual imputations derived from the press and the Internet."

But, despite the court's decision, European Commission Spokeswoman Maja Kocijancic said "the EU continues to consider Hamas a terrorist organization."

Israeli Prime Minister Benjamin Netanyahu had slammed the courts decision. Netanyahu said he expected the EU to "put Hamas back on the list forthwith given that it is understood by all that Hamas - a murderous terrorist organization, the covenant of which specifies the destruction of Israel as its goal - is an inseparable part of this list."

The US also urged the EU to not change its stance against Hamas.

Freezes on Hamas' funds are expected to remain in place for three months in case of an appeal, according to the Luxembourg-based general court.

The court's decision to lift Hamas from the terrorist list came a few hours before the European Parliament voted on Wednesday for a non-binding resolution calling for recognition of Palestine as a state - based on peace talks that include Israel.

Hamas is an organization founded in 1987 that aims to free Palestinian territories from Israeli occupation and has governed the Gaza strip since 2007.

On December 14, the organization marked its 27th anniversary with a military parade in Gaza.

Hamas is not listed as a terrorist organization by many countries, including Turkey, Iran and Russia.