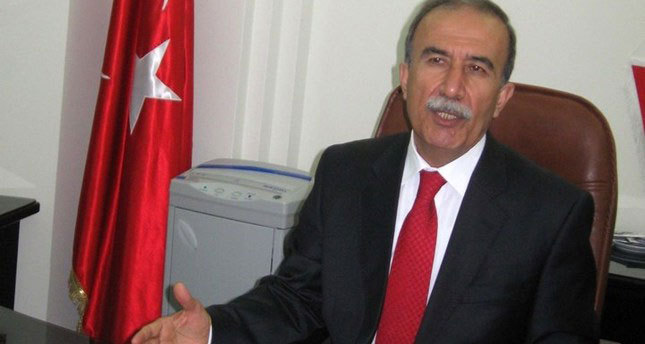 An appeals court upheld the prison sentence for former police Chief Hanefi Avcı, who was released in June after being imprisoned in 2010 following the release of his book criticizing the Gülenist structure in the police. Experts say the decision was made by Gülenist agents in the judiciary

The 9th Chamber of the Supreme Court of Appeals has upheld the sentence of former Police Chief Hanefi Avcı and, according to experts, the decision is the result of Gülenist infiltration in the chamber.

Avcı was sentenced to five years and seven months in jail on charges of aiding a leftist terror organization and its members as part of the Revolutionary Headquarters Organization trial. Avcı, who was convicted in the Revolutionary Headquarters Organization trial, was jailed in 2010 and later released in 2014 following the top court's decision. His imprisonment in 2010 came after writing a book that criticized the Gülen Movement.

He said they are influential in the judiciary and police and that it was too late for the government to stop their plot.

Avcı made the first comment regarding the court decision on a private TV channel, OdaTv, saying: "We expected such a [decision] from this board [of judicial members]. But this judicial process has a way to go. I hope it ends in success."

Avcı's lawyer Fidel Okan spoke to Daily Sabah about the approval of the sentence Avcı was issued by the Supreme Court of Appeals, saying they will appeal to the Constitutional Court for the violation of his client's rights. Okan, however, said that all the processes they will pursue from now on will be through the usage of "extraordinary means of law."

"Control in the supreme court has not been totally lost yet since it has not yet been reshaped like the Supreme Board of Judges and Prosecutors (HSYK), after a vote took place that resulted in no electing members of the movement."

The HSYK, which is responsible for the appointment, promotion and removal of personnel in the judiciary, was reshaped following the constitutional referendum on Sept. 12, 2010.

It has been claimed that members of the Gülen Movement, by concealing their close stance to the movement, allegedly infiltrated the body in the 2010 elections. Some say their intention became apparent over the past year as prosecutors and judges began acting unconstitutionally while giving orders and delivering judgments.

"The restructuring of the supreme court will take place roughly within a month, so Gülenists who lost power in the HSYK wanted to give it their all while they still held control in the body," Ünlü claimed.

Underscoring the significance of Avcı, who was the first to warn against alleged infiltrators in a book he published a month before being put on trial, Ünlü warned that unless Avcı's sentence is revoked, there is still a chance for an appeal – a feeling of defeat could be aroused by not removing alleged Gülenist power from key bodies of government.

"Avcı is an important figure when considered in terms of the 'fight against parallel structure.' He decoded their activities and infiltration in governmental bodies when Gülen was most powerful, without seeking to make any gains from sharing his experiences and assessments," Ünlü claimed.

Turkish journalist and psychologist, Hilal Kaplan, called attention to the chronology of events that led to Avcı being tried, which raises doubts about the existence of the Gülen Movement in the process.