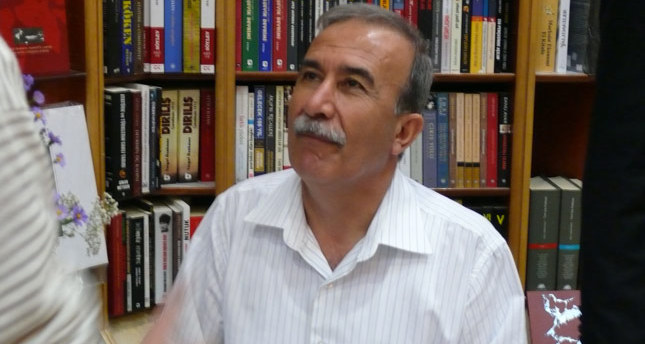 by Daily Sabah Dec 25, 2014 12:00 am
Former police Chief Hanefi Avcı, whose sentence was upheld by the Supreme Court of Appeals on Wednesday, said he was targeted by members of the Gülen Movement in the judiciary because he wrote about their alleged illegal activities in his book. Avcı claimed the number of disclosed offenses of the movement are not even 10 percent of the total, with more irregularities committed by its members yet to surface.

"Whatever I wrote about the Gülen Movement in my book later was released in documents. Not even 10 percent of Gülenist crimes have surfaced thus far. More will be revealed. New plots will come into light."Avcı said.

Avcı, in striking comments, associated the Court of Appeals' upholding his sentence, with the existence of Gülenists in the body, saying he somehow "had to be silenced."

Interpreting the decision as an attempt by Gülenists to silence him, as he was on the verge of publishing his second book revealing more about alleged irregularities and illegal activities carried out by Gülenists, who allegedly infiltrated and settled themselves in the government's key bodies, Avcı said the decision was no surprise to him.

A day after the Supreme Court of Appeals upheld his sentence, Avcı spoke live on national news channel Habertürk TV, commenting on the latest decision by the court. He deemed the incident an attempt by the Gülen Movement to silence him and said whatever happened to him was the result of the book he previously wrote on the movement.

The Istanbul 9th High Criminal Court sentenced Avcı to 15 years in prison for several charges as part of the revolutionary headquarters case. His being put on trial came roughly a month after he published a book giving details about alleged Gülenist infiltration in the police and judiciary. The chronology of the two incidents being shortly after one another drew the attention of critics who interpreted his conviction as a plot set by Gülenist who were dominant in the judiciary.

Although the problem was dispelled in the Supreme Board of Judges and Prosecutors (HSYK), as the recent elections resulted in anti-Gülenist votes, removing their power from the structure, the Supreme Court of Appeals, which is yet to change its structure, is allegedly still dominated by Gülenists.

"I guess, I have been sent to prison hastily as part of a plot aiming to silence me. My book is the reason all this happened to me. It sold 400,000 [copies] in two months, but sales suddenly halted. People became afraid to buy the book. They said it was a little exaggerated. But no, on the contrary, the book is still incomplete, there is more to reveal about the group," he further claimed.

"There are still some judicial means for us to appeal for the reversal of the decision," Avcı said.

In hard-hitting accusations, Avcı further claimed Gülenists were involved in many activities exploiting its power in the judiciary.
"The Gülen Movement denounces whoever they see as a threat as a criminal. They get their orders from a mastermind."

"It is apparent that the Gülen Movement intended to keep me with a purpose. They sought an excuse to punish me," Avcı claimed, adding that there was a lack of "law" then with Gülenists in the body.

Members of the Gülen Movement are believed to have taken positions in the HSYK in 2010 after the constitutional referendum took place by concealing their close stance to the movement. Until the recent reshaping of the HSYK's structure, Gülenists allegedly held control in the judiciary. They gradually attracted attention after they began handing down various unconstitutional decisions regarding critical cases.

"I demand they account for what they did," Avcı said.