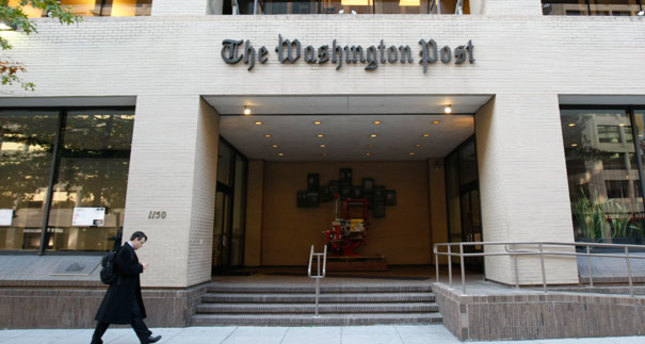 by Daily Sabah Dec 25, 2014 12:00 am
Turkey's Ambassador to the United States, Serdar Kılıç, has written a letter, which was published on Thursday in the U.S. daily, The Washington Post, criticizing the recent Tahşiye operation conducted on 14 Dec against the Gülenist-linked media.

The letter, titled 'Turkey's reinforced democracy' criticized the Washington Post's previously published article 'A fool's errand', written by the editorial board of The Washington Post, for its biased stance against Turkey's handling of the ongoing investigation.

"The Dec. 22 editorial 'A fool's errand' confused a legitimate criminal investigation in Turkey with the suppression of free speech. Information provided by Istanbul's chief public prosecutor makes it clear that the individuals concerned were questioned because of complaints by a religious group that suggest a campaign against it by the media and police, based on slander and forgery of evidence," penned Kılıç, in his letter.

Turkish Police launched investigations – known as the Tahşiye case – on the Gülenist-linked figures and arrested over two dozen people on Dec. 14.

The article by The Washington Post's editorial board, published on Dec. 22, accused the Turkish government for influencing the judicial process to ensure its political motivations and to crack down on President Erdoğan's critics. The article stated that the arrests were made as a part of a political fight between the President Erdoğan and Fethullah Gülen.


In response to the article's claim, the Ambassador Serdar Kılıç said: "Turkey has reinforced human rights and freedom of expression and has made significant progress in promoting democratization and transforming the judicial system in line with that of the European Union member countries to ensure fair and speedy trials."

"Without full examination of the charges or the activities of those detained, it is irresponsible to assume that the ongoing investigation was instigated for political purposes."