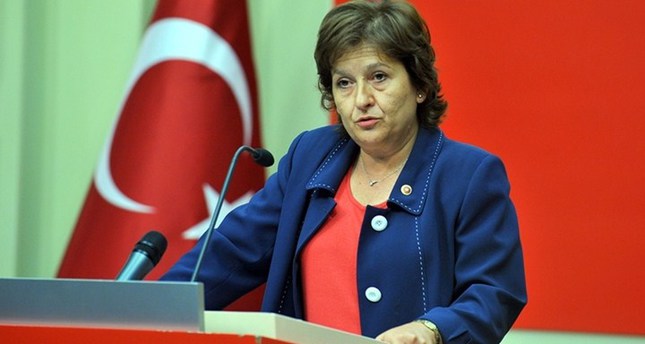 The Gülen Movement, which is accused of infiltrating key government bodies, caused a stir within the CHP as the party’s İzmir deputy, who has been referred to the disciplinary committee, said that Gülenist media outlets hide behind freedom of the press to accuse the December 14 Tahşiye operation

İzmir Deputy Birgül Ayman Güler, who is among the Republican People's Party (CHP) deputies to undergo a party disciplinary procedure, has slammed Gülen Movement-affiliated media outlets for hiding behind the freedom of press to accuse the operations and investigation carried out by the Istanbul Public Prosecutor's Office on December 14. Güler pointed out the inaccuracy in Gülenist newspaper Zaman's daily circulation figure.

Responding to a question about how she evaluates the December 14 operation, Güler said: "I did not see this as a restriction of the freedom of press, because the distribution of a newspaper to 1 million subscribers despite the true daily circulation of 20,000 is a practice never before seen in Turkey. In fact, freedom of the press requires becoming a real press. I reject hiding behind the freedom of press excuse, so I do not evaluate this case in the framework of this freedom."

Güler also harshly criticized the CHP for forming an alleged alliance with the Gülen Movement. Indicating that she wrote many things to prevent this alleged cooperation, she said: "The reason why I had said all of this is that, at that time, some party headquarter officials' gave positive messages to members of the Gülen Movement and presented themselves as if they were co-acting. You can find out who they are by running a Google search. They should have come up and said that 'this [alleged alliance] has always been out of question' for refraining the CHP's legal entity to be implicated. Because such a thing has never been done, as a deputy of CHP, I had written some things expressing 'this situation is out of question and it will be though'."