Turkey, US to train Syrian opposition fighters for three years 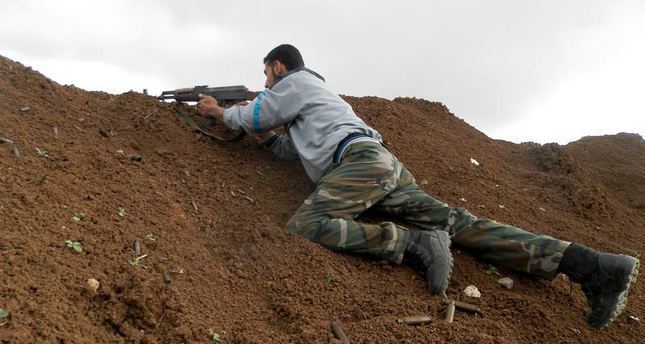 by AA Jan 05, 2015 12:00 am
Turkey is expected to sign a memorandum of understanding with the United States on a "training and equipment program" for Syrian opposition forces in January, diplomatic sources said on Monday.

The program will start in March and will last for three years. After this time, a total of 15,000 Syrian opposition fighters are expected to have been trained in Turkey, Jordan and Saudi Arabia.

Turkey is expected to host around 100 U.S. soldiers connected to the training; Turkey will also directly train between 500 and 2,000 opposition fighters a year.

Turkish Foreign Minister Mevlüt Çavuşoğlu has also called for the equipping and training of the Free Syrian Army in a comprehensive manner.

Among Turkey's strategic suggestions to deal with the ISIS, are calls for a "no-fly zone" and "safe zones" on Syrian territory, plus the removal of Syrian President Bashar al-Assad from his position.

Currently, Turkey hosts around 1.6 million Syrian refugees since the civil war in Syria began in 2011.

ISIS has occupied large swathes of territory in Syria as well as capturing key towns and cities in Iraq.