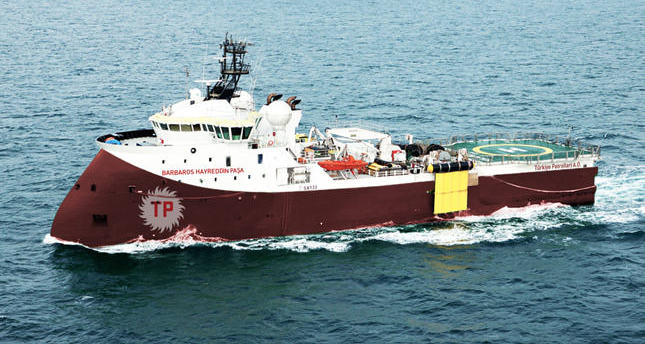 Former spokesman of the U.S. secretary of state, Matthew Bryza, in an exclusive interview with Daily Sabah said that the cheapest way to export Eastern Mediterranean natural gas to Europe is via a pipeline to Turkey

Matthew Bryza, the U.S. Secretary of State former spokesperson and ambassador, spoke to Daily Sabah about energy tensions in the Eastern Mediterranean. "Energy could play an important role in the Cyprus settlement process as "the ultimate confidence-building measure," he said.

What would you say on energy tensions in the Eastern Mediterranean?

Turkey's relations with both Israel and Cyprus are tense, which is complicating efforts to export Eastern Mediterranean natural gas via a pipeline to Turkey and the EU. Consequently, the export markets receiving attention in recent months have been Jordan (for smaller volumes), and Egypt (for larger volumes, which would be liquefied and probably shipped to the Far East, where prices are considerably higher than in Turkey or the EU). But, the economic and geopolitical benefits to all parties of exporting Eastern Mediterranean natural gas to as well as via Turkey are so strong that I anticipate the various parties will eventually find a way to reduce political tensions sufficiently to enable such an important economic project. Indeed, it would be a shame of the parties missed an opportunity to use exports of natural gas to catalyze a comprehensive settlement to the Cyprus Question and transform the Eastern Mediterranean into a region of strong cooperation among neighbors. At this moment, however, this vision remains beyond the horizon. An additional problem right now is that the development of Israel's Leviathan natural gas field (which would be a source of gas for export to Turkey and the EU), appears delayed due to an internal dispute involving Israel's anti-monopoly commission and the Ministry of Energy.

What do you think about the jointly-declared exclusive economic zone under the estimated natural gas data under the agreement specified between Israel and South Cyprus in the eastern Mediterranean.

Please clarify the question, as Israel and Cyprus have made their own and separate claims under international law of exclusive economic zones, which are generally recognized, though with certain aspects remaining disputed (e.g., Turkey vs. Cyprus; Lebanon vs. Israel.

Mr. Bryza, you know Turkey's Barbaros Hayrettin Pasha ship started the seismic search so negotiations were suspended. Do you have any hope to begin negotiations again?

I do hope negotiations will eventually resume on a comprehensive settlement of the Cyprus question. In recent weeks, signs have occasionally appeared in the media that Nicosia and Ankara might like to find a way forward. But, for now, the diplomatic atmosphere remains so negative that it is difficult to foresee when such talks might resume.

Mr. Bryza, the pipeline is planning to transition from the Eastern Mediterranean to Europe, so will the pipe line pass from Turkey or from Crete?

The cheapest and most economically sensible way to export Eastern Mediterranean natural gas to Europe is via a pipeline to Turkey. But, in addition to economics, politics will, of course, play a major role. And, if a Turkish route proves to be politically impossible, Eastern Mediterranean gas will find export markets other than Turkey and Europe.

Will energy be the key to peace in Cyprus?

Energy could play an important role in the Cyprus settlement process as "the ultimate confidence-building measure." But, this would only be possible if the parties decided to insulate energy issues from the legal and political disputes that have recently poisoned energy discussions among Turkey, Israel, and Cyprus. Absenting further political alignment between the parties, energy may make it more difficult to achieve a comprehensive Cyprus settlement.