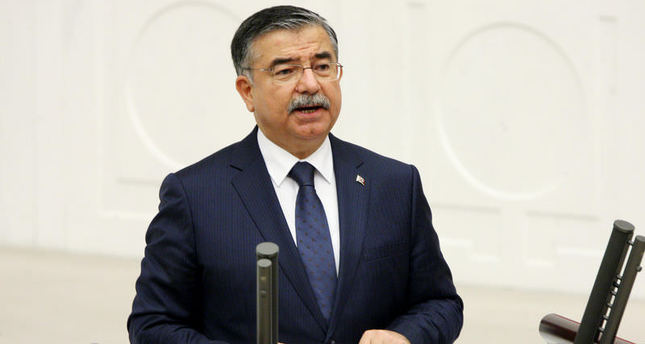 by AA Jan 07, 2015 12:00 am
The Turkish parliament authorized the government Tuesday to continue posting Turkish troops in Afghanistan for two more years under a new NATO mission.

According to the new legislation, the government will be able to send troops to Afghanistan to support a new NATO-led mission called Resolute Support, which was launched on January 1, 2015.

As the NATO-led International Security Assistance Force ended its 13-year combat mission in Afghanistan at the end of 2014, the mission has evolved into training and advising of the nascent Afghan security forces.

The legislation also grants the government authority to permit foreign army personnel to be transported to and from Afghanistan through Turkey.

"This is a training, advice and assistance mission," said Turkish Defense Minister İsmet Yılmaz. "There will be no combatant operations."

Turkey is running the biggest foreign assistance program of its history in Afghanistan, he said, adding that around 900 Turkish personnel will be serving in Afghanistan as part of this mission.

Turkey will also undertake the management of Kabul International Airport in the country's capital for a two-year term, which is used for both military and civilian purposes.

"Azeri, Albanian and Macedonian personnel will be working at the airport under the coordination of the Turkish armed forces," Yılmaz said, adding that Turkey will pay for the expenses of 90 Azeri and 30 Albanian staff, as well as provide logistical support to 13 Macedonian personnel.

"Turkey has undoubtedly assumed a very important responsibility in Afghanistan," he said. "This not only underlines the significance Turkey attributes to ensuring and maintaining international peace, it also shows its commitment toward maintaining the alliance's military and political effectiveness."

"There can be no development or welfare without peace and stability," Yılmaz added. "Turkey has always contributed to establishing peace and stability in Afghanistan and will continue to do so as long as the Afghan people request it."

Around 12,000 foreign troops from 28 NATO allies and 14 other partner nations will support the mission.