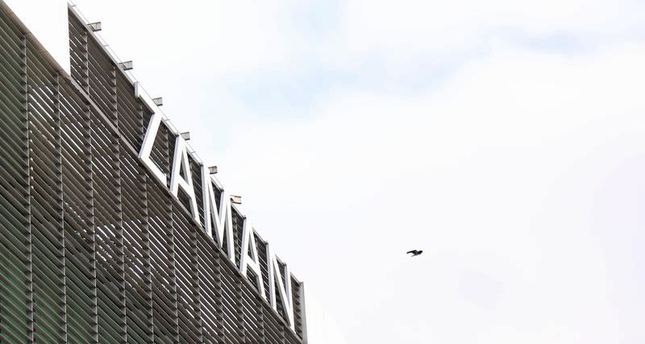 by Mehmet Solmaz Jan 11, 2015 12:00 am
The Gülen Movement continues to use its newspapers and media outlets to spread false information and conduct a defamation campaign against the Turkish Republic and its institutions in their efforts to falsely present President Recep Tayyip Erdoğan as a supporter of terrorist organizations such as al-Qaida and the self-proclaimed Islamic State of Iraq and al-Sham (ISIS).

A recent article published in the Zaman daily and Today's Zaman claimed that the Turkish president was preparing a terrorist attack in cooperation with the National Intelligence Organization (MİT) to "frame the Gülen Movement as a terrorist organization."

The article was based on information obtained from a controversial Twitter figure named Fuat Avni, who is known to be a fabricated account affiliated with and used by the Gülen Movement to allegedly give exclusive information. According to Today's Zaman, Turkey's intelligence organization is planning false-flag operations to conduct bombing attacks in crowded areas to allegedly frame the Gülen Movement as a terrorist organization.

Commenting on the perception that Gülenists desire to create, author and columnist Metin Karabaşoğlu told Daily Sabah that after losing the support of the majority of devout Turks, the movement is now playing its cards on the secularists and those anti-Turkey circles in the West. Gülenist media relentlessly tried to link extremist organizations to Turkey but failed in its attempts, getting nowhere beyond allegations. Portraying the MİT trucks taking aid to war-stricken Syrian Turkmens as a truck full of weapons to an extremist group was one of the false claims by the movement's media. "They are fully aware that they have politically lost their power. Now they are using the prejudgment of the West to spread their smear campaign," Karabaşoğlu added.

The Twitter account previously claimed that Erdoğan purposely made ISIS take its diplomats hostage and release them right before the elections to gain extra votes. However, the terrorist organization held over 40 Turkish hostages for over two months, weeks after the elections. He also claimed that 400 Gülenist figures, 150 of which were journalists, would be arrested, yet no journalists were. The Gülen Movement is accused of infiltrating Turkish state institutions and wiretapping top level security meetings and state officials in efforts to topple the government.