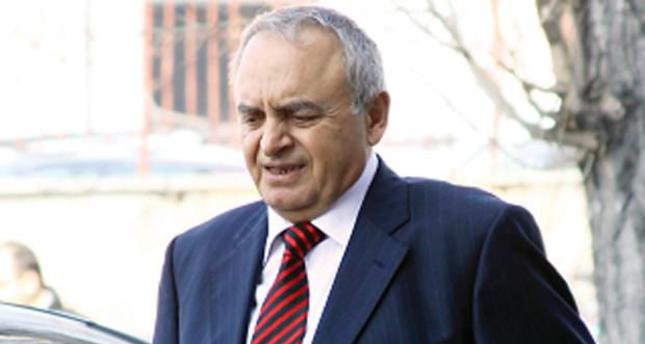 Prosecutors looking into investigations on the illegal activities of the Gülen Movement are being intimidated by members of the movement who infiltrated judicial bodies with the intent of holding on to power, former police Chief Sabri Uzun claimed

Former police Chief Sabri Uzun, who recently published a book making allegations of illegal, Gülenist activities, has claimed that members of the Gülen Movement are sowing fear among prosecutors investigating the charges against them. The Gülen Movement, which is accused of being an illegal organization, is alleged to have orchestrated the December 17 and December 25 operations in 2013 in an apparent attempt to topple the government.

"The prosecutors are conducting their investigation in the shadow of fear. They keep wondering what will happen to them if the movement attempts to topple the government again and succeeds," Uzun said in a live TV question and answer session not long after his book was published.

Uzun's recently published book is the latest in a series of works that disclose alleged illegal Gülenist activities, which vary from wiretapping hundreds of figures by fabricating crimes to spying. Two previous books covering alleged offenses of the group were written by former police Chief Hanefi Avcı and an investigative journalist, Nedim Şener.

Şener was allegedly imprisoned on what he called trumped-up charges after penning a book about a cover-up of the police's role in the murder of Armenian-Turkish author and journalist Hrant Dink. He had claimed that infiltrators in law enforcement who were loyal to the Gülen Movement had an active role in Dink's murder.

Avcı was sentenced to five years and seven months in jail by judges and prosecutors in the judiciary allegedly affiliated with the Gülen Movement on charges of aiding a leftist terror organization and its members as part of the Revolutionary Headquarters Organization trial. His being put on trial was also linked to the Gülen Movement, which was unsettled about the book, which as he described, "Brought the shadowy Gülen Movement into the light."

Uzun's book has brought various dimensions to the incidents that topped Turkey's agenda. He claimed that the Gülen Movement used its power in the judiciary and police to arrest and imprison those who they consider a threat and who were obstructing their path to position themselves in key government institutions such as the police, intelligence and judiciary.

Uzun claimed that the group had hampered dozens of promising people who could have served the country, taking them down with slander. "Those who had the potential to be tasked in government's institutions became victims of the Gülen Movement, which created archives to eliminate them."

Uzun claimed that the Gülen Movement was behind the jailing of dozens of army members as part of the Ergenekon investigation into an attempted coup against the government in 2012. He further claimed that they had entrapped former Republican People's Party (CHP) Chairman Deniz Baykal, who was a victim of a sex tape scandal. He claimed that the tape was given to Baykal before it was posted on the Internet. The Gülen Movement was later applauded by Baykal for refusing to post it online, although it had been given the tape by unidentified individuals. Uzun said it was a blatant conspiracy against him.

He also alleged that the wiretapping of the Prime Ministry office by placing bugs was linked to the Gülen Movement and that he could solve the matter if he were given the authority.

Touching upon the match-fixing scandal that erupted in 2011, he said that it was a Gülenist plot against Fenerbahçe Chairman Aziz Yıldırım, set to gain "money." Uzun claimed that the Gülen Movement had aimed to seize Fenerbahçe Federation in the so-called plot.