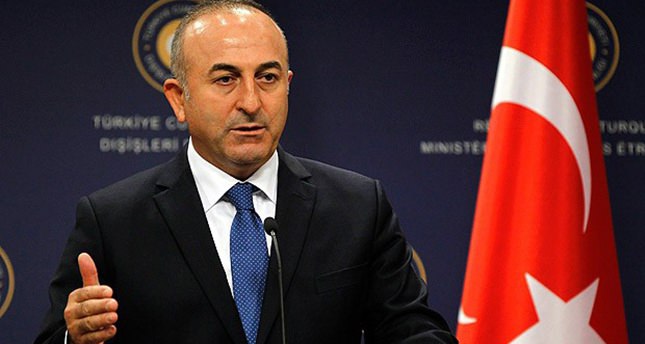 Turkey’s top diplomat said intelligence had been shared on a Paris terror suspect’s widow with France upon her arrival to Turkey, but no action was taken by France. There is no global resolve against terrorism, he added

Foreign Affairs Minister Mevlüt Çavuşoğlu stressed that Turkey takes the foreign fighters issue very seriously and remarked on the details of Hayat Boumeddiene, the wife of Amedy Coulibaly who killed four hostages at a kosher supermarket in Paris.

As French media reported, Boumeddiene was dubbed France's most wanted woman. She is now in Syria, arriving there before last week's deadly attacks.

Çavuşoğlu also underlined that there is coordination with French: "Even before they asked, we shared the intelligence with France: 'Look, the person you are seeking had come and stayed here; then she went to Syria.' "

According to reports in Turkish news outlets, it was said that Boemeddienne and her companion's suspicious manners at Istanbul's Sabiha Gökçen Airport that caught Turkish intelligence officials' eye, and so Turkish officials started to monitor them closely. However, the monitoring ended because French intelligence had not produced a report about the issue, the report said. Additionally, it became evident that Boemeddienne's mobile phone gave its last signal in Şanlıurfa's Akçakale district.

Concerning this issue, officials in the Foreign Affairs Ministry said that preventing foreign fighters from traveling to Syria through Turkey is lacking coordination. "Due to the late transmission of the list of suspects, they were therefore able to arrive in and leave Turkey," officials said.

In November, Turkish officials arrested 26-year-old Faradje Abidat for the second time in the southeastern province of Şanlıurfa while he was attempting to cross from Turkey into Syria to join the Islamic State of Iraq and al-Sham (ISIS). Abidat was deported to France after being interrogated. After arriving in France, Abidat was questioned by French intelligence officials but released due to a lack of evidence.

Meanwhile, Turkey is determined to ebb the flow of foreign fighters to Syria. According to data given by Interior Minister Efkan Ala during the annual Ambassadors' Conference in the capitol Ankara, Turkey issued a ban on 7,833 people from entering Turkey and has deported around 1,056 people.