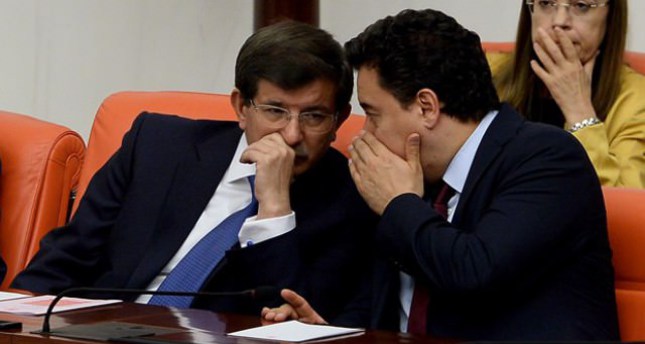 Prime Minister Ahmet Davutoğlu, speaking at a press conference yesterday in Ankara, announced a major new reform package to improve transparency within state institutions, including the judiciary, politics, economy and the media.

The package, which aims to adopt EU norms in transparency, was discussed in Tuesday's cabinet meeting, which also assessed the 10th development plan and structural transformation for strong and balanced growth.

Aiming for the government's 2023 targets, Davutoğlu said: "The new reform package is to serve and meet the needs of Turkish citizens and to protect their judicial rights through transparency."

He added: "Transparency must not only be seen as a matter of political organizations because transparency is a matter of a mindset. The battle against corruption is also a matter of belief. We have recently signed an agreement with the U.N. regarding combating corruption."

Regarding the freedom of the media, Davutoğlu said that Turkey established a law that follows EU standards.

The newly introduced reform package emphasizes the transparency of Turkish political parties and election campaigns to declare all finances provided to them. In addition, all monetary aid to members of Parliament and mayors will be made to the election campaign accounts provided to them, which will be highly visible. All monetary donations for elections to political parties will be accessible electronically and detailed information will be listed online for all to see.

Davutoğlu said: "No one from this point on will be able to do politics behind closed doors – everything will be evident to all just like it is in every other civilized society." He continued: "The AK Party has been following all of the mentioned reforms without them being required. From now on the government will expect all political parties to follow the same procedures. Those who fail to follow the required actions will be levied with fines."

Underlining the transformations on declarations of wealth, Davutoğlu announced that all individuals working at any sort of public administration, not only including political organizations but also those in radio and television organizations will be required to declare their wealth. One of the most important points regarding the declaration of assets was the requirement from members of the high judiciary.

Following the incident with Zekeriya Öz, a prosecutor allegedly affiliated with the Gülen Movement and allegedly involved in a scandal for taking an extravagant vacation in Dubai that was financed by businessman Ali Ağaoğlu. Öz has been reportedly accused of receiving $20,259 for the luxurious vacation.

In order to overcome corruption in the judiciary, the new reform package will require members of the judiciary to declare all their assets. The declarations of assets will occur every two years of time. Davutoğlu added: "Declarations of assets will also be made electronically, and all the bases needed toward this are expected to be established soon."

Regarding the reforms to combat corruption, the package involves protection and rewards for those who inform the authorities regarding any corruption case. However, if the information of a corruption case provided to the authorities is false, then the individual who provided the information will face serious sanctions. Davutoğlu also addressed economic reforms that are included in the package.

"Town planning implementations will be faster and will be more just with this reform package. The delays occurring in town planning result in various unfair incomes, thus all modifications in town planning and the latest regarding them will not only be published on municipality announcement boards, but also in local newspaper in a summary," he said regarding the reforms on construction and town planning.