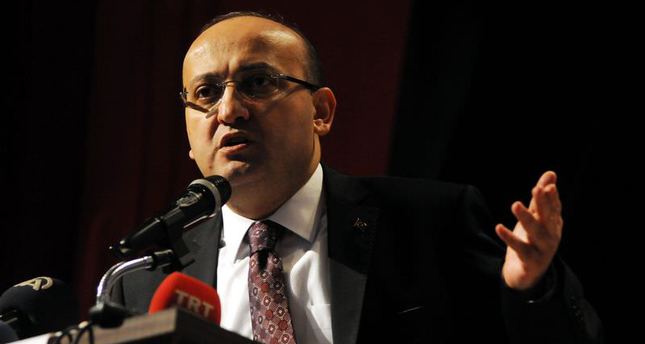 by Anadolu Agency Jan 17, 2015 12:00 am
Cursing any religion is a distorted understanding of freedom and is not in line with modernism, Turkey's Deputy Prime Minister Yalçın Akdoğan said Friday.

Akdoğan told a Turkish TV station that his country rejects all forms of violence and terror and that Turkey adopts a firm stance against the Paris attacks that left 17 people dead.

"This is clearly a terrorist act," he said. "Turkey reacted immediately after the attacks."

Meanwhile, Akdoğan said that Muslims in Europe are worried about the rise of Islamophobia.

"Muslims and other foreigners in Europe are starting to feel worried about the impact of these incidents on their lives," Akdoğan said.

French satirical magazine Charlie Hebdo released its first issue on January 14 since the brutal attack on its offices, with a new cartoon depicting Prophet Muhammad on the cover.

In the latest issue of the magazine, the cartoon character, dressed in white, can be seen shedding a tear and holding a "Je suis Charlie" sign below the headline "All is Forgiven."

The cartoons were also published in six languages by daily newspapers across the world, including Turkish daily Cumhuriyet.

"The use of techniques, such as cartoons and columns, cannot hide the reality of the insults and crimes against sacred religious beliefs," Akdoğan said.