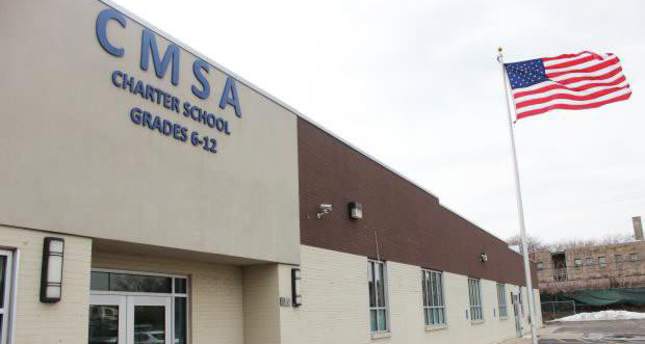 by Nurbanu Kızıl Jan 20, 2015 12:00 am
Communities of Turkish people living in Ohio in the United States have stated that they are disturbed by the activities of charter schools affiliated with the Gülen Movement, which they claim try to damage Turkey's reputation in the U.S. through a series of defamation campaigns.

Their concerns are also shared by numerous American officials, and community leaders who claim schools affiliated with the Gülen Movement not only damage the reputation of Turkish people living in the U.S., but also create a negative image of Muslims.

According to the Anadolu Agency, charter schools operated by the Gülen Movement do not only carry out a defamation campaign about Turkey but also create a negative portrayal of all Turkish people living in the U.S. as a result of a series of irregularities, which in some cases have prompted investigations carried out by the FBI.

Jeffrey J. Mims, who formerly served as the President of the Dayton Board of Education and is an active advocate of education in Ohio by providing leadership and support for the Superintendent of the State of Ohio and members of the Ohio Department of Education, has stated that they are concerned about the charter schools operated by the Gülen Movement and claimed they damage the reputation of the Turkish society living in Ohio.

Adil Baguirov, an elected member of the Dayton Board of Education has stated that Gülenist schools not only damage the reputation of Turkish people, but also portray a negative image of Muslims living in the state. "It is unfortunate that these schools result in such problems" said Baguirov, warning that it is necessary to put a stop to such activities.

The President of Ahıska Turkish-American Community Centre, Islam Shahbenderov, has also expressed concern about Gülenist schools operating in various regions throughout the U.S. and stated that there were racist attacks against a Ahıska-Turkish family shortly after the news about raiding Gülenist schools.

"Our community is also paying the price for Gülen Movement's actions and they are seriously harming the image of Turkey and Turkish people" said Shahbenderov, adding that Gülenists carry their defamation campaign to the Congress and try to portray a pessimistic and negative view about the Turkish state and the government.

Other community leaders have noted that the propaganda spread by the Gülen Movement and controversies surrounding their charter schools in the U.S. have resulted in many Americans blaming all Turkish people living there, while they underline the need to make charter schools more transparent and accountable.

In June 2014, the Federal Bureau of Investigation raided 19 charter schools affiliated with the Gülen Movement in Ohio, Indiana and Illinois for reasons allegedly related to crimes linked to education tenders.

Schools operated by the Gülen Movement in the U.S. have faced investigations under the scope of unfair hiring practices and bribery charges, which have led them to face closure. It was reported that Gülenist schools allegedly hire a disproportionately high amount of Turkish teachers, pay them more than their American counterparts and have serious gender inequality issues.

The Gülen Movement is led by Fethullah Gülen, who currently lives in self-imposed exile in Pennsylvania. He is accused of orchestrating the December 17 coup attempt and infiltrating Turkish state institutions through Gülenist agents. It is claimed that he may be facing extradition charges for conspiring against the state as Turkey is preparing to issue a Red Notice for his arrest.