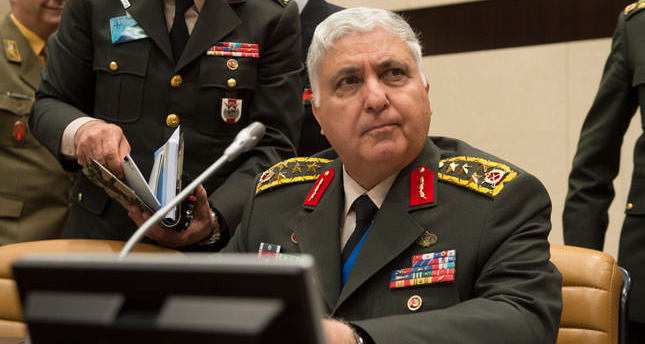 by Daily Sabah Jan 21, 2015 12:00 am
Chief of General Staff Necdet Özel has ordered a detailed investigation into 249 members of the army whose wives are facing allegation that they cheated in a Public Personnel Selection Exam (KPSS) in 2010.

The Measurement, Selection and Placement Center (ÖSYM) recently announced that there will be a judicial investigation into possible mass cheating in that year's exam.

After a possibility of cheating during the KPSS exam in 2010, the General Staff gave the go-ahead to launch a probe into members on condition that they were sensitive about not bringing the army personnel under suspicion.

Özel reportedly ordered cooperation with ÖSYM to assess and investigate every tip-off.

ÖSYM is responsible for organizing exams for admission to several institutions ranging from university admissions to assigning civil servants to public agencies. They recently said they will look into the allegations of possible cheating in the 2010 and 2012 KPSS examinations.