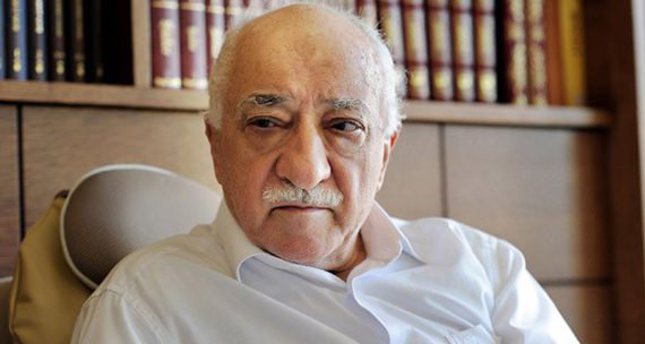 The Gülen Movement has allegedly adopted principles similar to those of the Catholic organization, Opus Dei, including an oath of commitment, in which senior members take a specific oath to fulfil the duties given to them

Recently, local Turkish media outlets have revealed the Gülen Movement's Oath of Commitment to Hizmet, Turkish for "service." The Gülen Movement is a transnational movement accused of wiretapping thousands of people, including government officials and encrypted phones and infiltrating state institutions with the aim of overthrowing the government. The reports claim that those who have positions in the police, military and judiciary are required to take an oath to confirm their involvement and commitment to the movement. The alleged oath of the "parallel structure" also shows close ties to the Opus Dei's Oath of Fidelity.

The recently reported Gülen Movement Oath of Commitment to Hizmet by Yeni Akit daily on Thursday claimed that intelligence units revealed the movement's leader Fethullah Gülen wrote the oath. Furthermore, the oath displays striking similarities with many other religious movements such as Opus Dei. The Gülen Movement's oath is composed of a number of points including "to fulfill all Hizmet-instructed duties and orders without any objection." Opus Dei's Oath of Fidelity includes, "fulfilling all duties that pertain to being a numerary of Opus Dei." The Gülen Movement's oath further says "to remain obedient toward the [members of the movement]." Similarly, Opus Dei's oath says "to remain obedient to the Prelate and other authorized persons of the Prelature." Furthermore, the sources also claimed that the Gülen Movement required individuals to take the oath at one of the Gülen Movement-linked homes where the responsible "abi," or older brother of the individual, is available in front of other higher-ranked members.

During an interview with the German daily Frankfurter Allgemeine Zeitung last Tuesday, Prime Minister Ahmet Davutoğlu said: "The parallel structure has established networks within various instructions just like Opus Dei." Opus Dei, which means "Work of God" in Latin, is an ultra-conservative Catholic voice in the U.S. and also in different parts of the world such as Spain. Although the organization at its first stages was not too large in terms of membership, some claim that their influence has been greater than their number. Similar to the Gülen Movement, the group also remained secretive for a very long time.

Additionally, members of Opus Dei also had different positions in the organization and held positions to serve for the group's purposes. It has been claimed recent findings that the Gülen Movement also has different titles for its members and they hold positions in different state institutions and nongovernmental organizations. In addition to Opus Dei, the Freemasons, similar to the Gülen Movement, were used to infiltrate and corrupt the criminal justice system in U.K. The report claimed in early January 2014 by The Independent, a British newspaper, that Freemasons infiltrated both the judicial system and police to carry out their criminal plans.